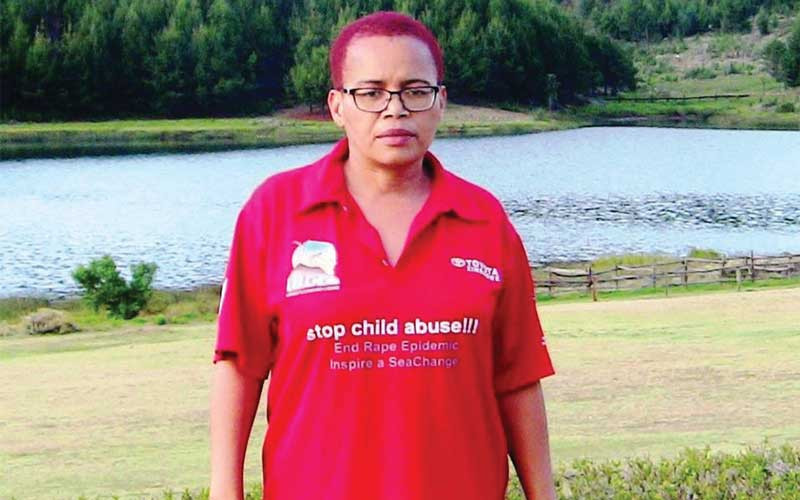 The firebrand human rights activist wants the judge to pay her US$500 000 compensation for violation of her constitutional rights.

She alleges that she was threatened and harassed, on an unknown date, to force her to consent to setting aside of a judgment on a sexual harassment case.

Mbatha complained to Chikwana that Justice Bachi-Mzawazi was trying to force her to consent to the setting aside of a judgment under case number HC49862014.

Under the case, Mbatha was awarded US$180 000 by the High Court after she lost her job for reporting her former boss for sexual harassment in a court battle that dragged for nearly 20 years.

Mbatha reported former Confederation of Zimbabwe Industries (CZI) chief executive Farai Bwatikona Zizhou for sexual harassment when she worked as his personal assistant between 2002 and 2003.

The CZI responded by sacking her.

In her application for leave to sue, Mbatha alleges that Justice Bachi-Mzawazi called her in chambers, harassed and verbally insulted her in a bid to coerce her to comply with her demands.

“The facts herein with deep respect prove that the respondent lacks detachment, objectivity and professional judgment. The attitude has been further tainted by allegations that the respondent has been discussing me with the judges of the High Court, Supreme Court, Judge President of the High Court and Deputy Chief Justice of Zimbabwe,” Mbatha said.

“The applicant has shown good cause for the purpose of obtaining the leave required. It is trite at law that a judge enjoys at least a qualified privilege when executing judicial functions. There is clear evidence of malice on the part of the judge because of the rumours which she heard about me and the relationship between her and the applicant in Case HC09/22.

“I am a human being. I feel pain. The remarks made in chambers and in an open court were too gratuitous, irrelevant and malicious and were solely meant to demean me. The statements made by the judge were not within the judicial privilege, there was, therefore, animus injuriandi (the intention to commit an injury or the intention of subjecting another person to an injury) as her intentions were not limited to resolving the matter before her, but forcing me to consent to the judgment.”

Justice Bachi-Mzawazi is yet to respond to the application.