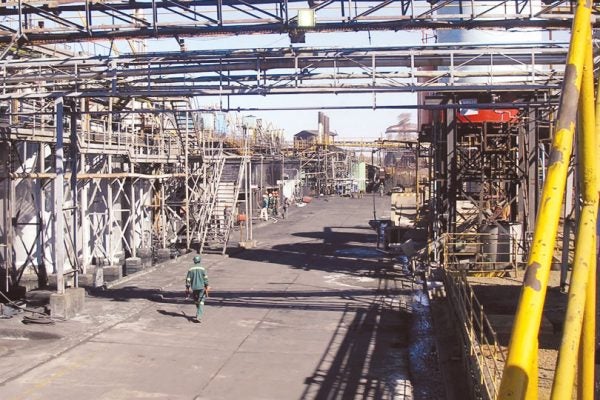 At least 17 former Falcon Gold Mine employees, whose employment contracts were clandestinely terminated by their new employer, RioZim (Pvt) Ltd, which now owns Dalny Mine, have approached the High Court with an urgent chamber application challenging their eviction from their houses by the Stock Exchange listed firm.

According to the ex-workers, in September 2016, Falcon Gold sold its entire shareholding in Dalny Mine to RioZim, thereby concurrently transferring the undertaking in Dalny Mine as a business enterprise to new owners.

The workers further said they were advised by Falcon Gold that they would remain employees at Dalny Mine under RioZim, which was coming in as a new owner/investor in the undertaking.

“Upon taking over the undertaking, respondent (RioZim (Pvt) Ltd) begun to issue eviction notices against the applicants (employees) around December 2017.
Applicants took the notices to mean that respondent had unilaterally, though unlawfully, terminated their employment contracts,” the ex-workers said in their combined founding affidavit.

The former workers further said, following that development, they instituted arbitration proceedings with the National Employment Council for the mining industry suing both Falcon Gold and RioZim (Pvt) Ltd for reinstatement and unlawful dismissal.

“While those proceedings are pending, respondent has begun forcibly evicting the applicants and issuing real threats of evicting them without the authority of any court order. Respondent’s conduct is heavy handed and unlawful. There is urgent need for an interdict by the court against the respondent’s unlawful action,” they said.

“The matter cannot wait for determination in the ordinary way as doing so will leave applicants without a satisfactory remedy should respondent carry out its imminent illegal actions.” The matter is yet to be heard.