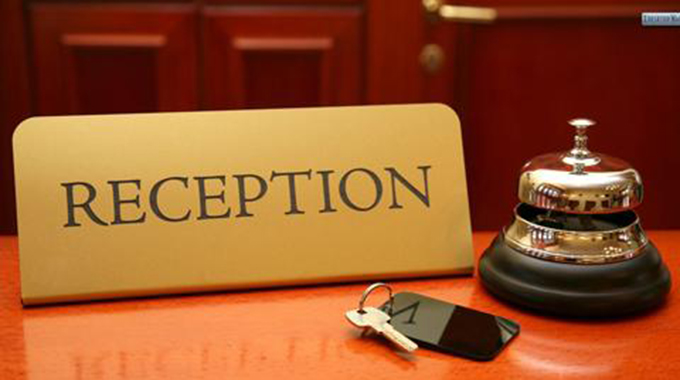 Livingstone Marufu Business Reporter
OCCUPANCY rates for Zimbabwean hotels have risen significantly since beginning of the year on the back of growing confidence in Zimbabwe after President Mnangagwa was sworn into office in November last year. This comes amid growing number of foreign investors stampeding for a “front row seat” to explore opportunities in various sectors of Zimbabwe’s economy, encouraged by President Mnangagwa’s “Zimbabwe is open for business” mantra since his administration took over the reins late last year.

President Mnangagwa told delegates gathered for the official opening of Davipel’s new snacks plant in Ruwa last week that most domestic hotels were recording their highest occupancy levels in a long period, since the inception of the new dispensation.

“Owing to our ‘(Zimbabwe) open for business’ mantra our hotels are filled to capacity due to the growing number of investors who are lining up to do business with us.

“Since the inception of the new dispensation, investors are visiting our beautiful country every day. Be it in Harare, Victoria Falls or Bulawayo investors continue to come in the country,” said President Mnangagwa.

There certainly has been significant change in sentiment and indeed, confidence in the tourism sector has improved significantly, which has also transcended to other sectors of the economy, notably mining.

The growth in investor interest has already seen the country recording more than $16 billion in foreign direct investment commitments in just about six months of the new dispensation.

A number of hotel operations that had closed are re-opening, while several hotels and lodges are sprucing up their products or planning to renew and even expand.

One of the factors that is driving current investors’ confidence under the new administration is the promise and commitment by President Mnangagwa that Zimbabwe will hold free, fair and credible polls, which observers from all parts of the globe are free to monitor.

“We can, as an industry, state with some degree of confidence that occupancies and tourist arrivals, especially in Victoria Falls and the main cities like Harare and Bulawayo, have been on a growth path.

“We, however, have also to state that planning horizons for international tourists are usually one year or more ahead so the full benefits of the new dispensation and any (political/economic) reforms are yet to be felt.

“We reckon that if the political environment remains positive, 2019 could turn out to be an even better year for the tourism and hospitality industry. By then, Zimbabwe will be featuring more prominently as a destination on the packages offered by international buyers,” he said.

He said the current state of affairs was a cause for delight to the industry and this needed to be maintained after elections, which are scheduled for July 30, 2018.

Removal of police roadblocks, one of the biggest factors that frustrated travellers and negatively impacted on the Zimbabwe brand, on which every tourism industry rides, has been a major boost for the sector.

Self-drive tourism has also benefited immensely as police roadblocks were synonymous with harassment of travellers, both local and foreign.

One of Zimbabwe’s leading hotels, Meikles, has enjoyed significant growth in bookings by visitors, including a wide range of incoming business travellers.

The hotel company reported that occupancy levels increased by 5 percent compared to the same period last year.
There is, of course, great room for improvement up to the end of 2018 when the effect of current reforms will be expected to borne more fruit while an expected calm environment after elections will further drive activity in various sectors of the economy.

Several other domestic hotels are reportedly recording a positive increase and significant improvements are expected to be recorded after elections.