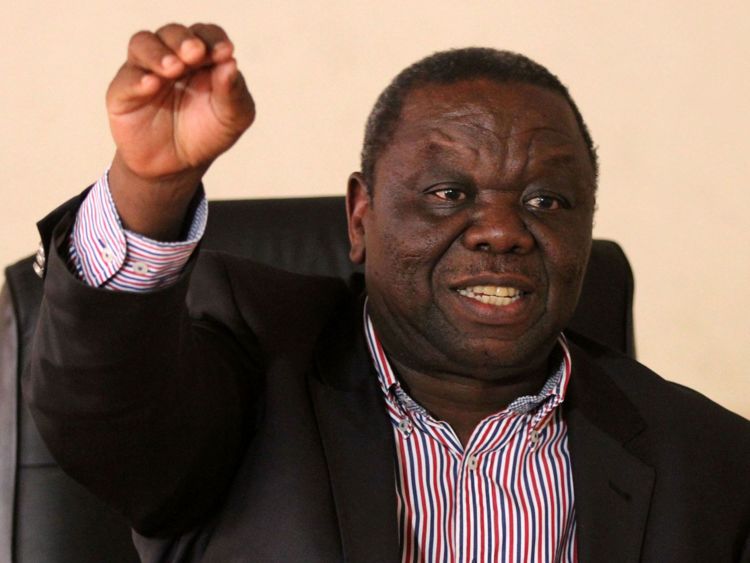 The issue has sucked in Vimbai’s mother-in-law Christine Java who in an emotional interview told NewsDay that the prospective MDC-T lawmaker was initially earmarked for Mt Pleasant by her father.

“I was shocked to hear reports that women from Glen View South claiming there is no candidate yet Vimbai is there.

There is a former councilor (name withheld). Three weeks ago there was violence that left many injured.

Vimbai came within a whisker of being attacked but she asked the victims to withdraw the charge to protect the party,” Java said.

“They threw rocks and broke window panes at the constituency offices and Vimbai has undertaken to repair the damage.”

According to Java, the campaign against her daughter-in-law was brought to party headquarters where a group of women demonstrated against the MDC-T’s attempt to “impose” Vimbai.

Komichi told them the seat had been reserved as part of Tsvangirai’s legacy.

Before he went for his last medical check-up in South Africa, Tsvangirai said he was worried he had not done something for his children.

“He wanted Vimbai to represent Mt Pleasant, but then he said there was [Jameson] Timba, one of his closest associates, hence he moved her to Glen View South,” Java said.

“Neither Tsvangirai nor his late wife [Susan] enjoyed his toil that came with the formation of the MDC-T and this was his way of creating something for his children.”

Vimbai was not immediately available for comment, but highly-placed sources claimed the resistance against Tsvangirai’s daughter has its roots in the ugly power scrap that ensued following the former Prime Minister’s death in February.

“You will remember the family was divided and made pronouncements regarding who was the rightful heir to the MDC-T throne.

The internal problems continue to simmer and it is here that Vimbai finds herself on sticky ground,” NewsDay heard.

“The party has accepted Vimbai as candidate, but Hakata and his group have turned to violence and lack of respect for the party and Tsvangirai’s legacy.”

Both Komichi and party spokesperson Tabitha Khumalo were not available for comment yesterday.

Hakata denied he was involved in any violence, but instead argued there was an attempt to impose Tsvangirai’s daughter on the people of Glen View South.

“I have not been involved in any violence. Initially, they omitted my name from the candidates list, I appealed and was given greenlight to compete by the national chairman Komichi.

Now it seems everyone does not want to talk about the issue.

I am being sent from pillar to post with no one willing to take responsibility and make the call.

The party ruled that the people of Glen View South must be given a chance to choose their MP,” Hakata said.