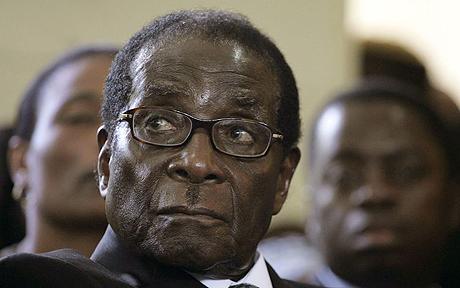 While former President Robert Mugabe might have been ousted from power, his dairy firm is flourishing behind the scenes, recording an increase in capacity utilisation.
Mugabe, the only leader Zimbabwe had known for 37 years, was swept out of power in November last year through a military-backed transition, which installed his former lieutenant Emmerson Mnangagwa as President. 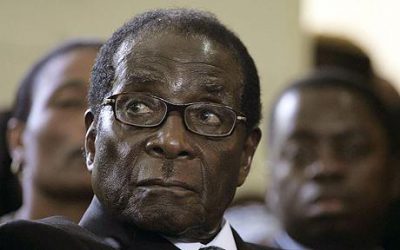 Despite being dethroned, Mugabe could be smiling all the way to the bank after all.

An official with Mugabe’s Alpha Omega Dairy (Pvt) Ltd Cassim Asani told NewsDay that capacity utilisation had firmed to 89% from the 60% recorded last year after the dairy firm expanded its product range on the market.

“Last year, the production plant was operating at around 60% capacity, but now we are on 89%. This year we are performing much better compared to last year. We attribute this more to milk production.”

“Last year, we had a certain number, I would not give you the figures for calves, that we were milking and we had calves that we had not started milking which we started milking this year sometime back in February.”

Asani said this has boosted their income and as a result they were now producing all their range of products this year, something the company was not doing last year.

Last year, he said, they did not have fresh cream.

“So you can actually see we have improved our operations and increased our product bases. Also our distribution efficiency has improved.”

Asani said as of last year they were only distributing their products to key accounts major retailers such as Pick n Pay, OK, Choppies and Spars. The distribution this year has been extended to small retail markets with the company targeting to satisfy the local market before considering expanding to other countries.

“At the moment on our mission we want to satisfy Zimbabwe, then maybe in the long term because we are an international company and also in line with the policy that Zimbabwe is open for business which means we are open to have customers from outside. If we happen to have those definitely, we would be expanding to outside the country.”

On exports, Asani said through their participation at the Zimbabwe International Trade Fair, they have managed to have three or four leads that they needed to finalise.