Russia and Zambia have sent congratulatory messages to President Mugabe for winning the July 31 election.

Russian President Vladimir Putin re-affirmed his readiness to continue working together with President Mugabe on further fostering the relations of friendship and co-operation between the two countries. 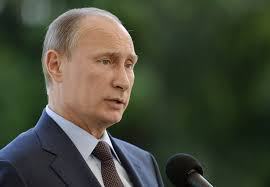 He also congratulated Zimbabwe “for holding peaceful and credible elections”.

Zambia also sent a congratulatory message to the president and called on the West to lift the illegal sanctions imposed on Zimbabwe following Zanu-PF and President Robert Mugabe’s overwhelming victory in the harmonised elections last week.

In a statement, Zambia’s acting president, who is that country’s finance minister Alexander Bwalya Chikwanda said the sanctions imposed on Zimbabwe, have outlived their usefulness.

He said the sanctions must be lifted in the interests of common humanity and fellowship.

Acting President Chikwanda said it has become morally implausible to maintain eternal exclusion of Zimbabwe from the community of nations.

He added that the illustrious, diligent and resourceful people of Zimbabwe should be allowed free opportunity to prosper and make a useful contribution to overall global prosperity.

Acting President Chikwanda also appealed to Zimbabweans to remain calm and united as they forge ahead for enhanced economic prosperity.

He said he is confident that President Mugabe’s re-election will promote stability and strengthen security on the continent.

Russia and Zambia have joined South Africa, Tanzania, Mauritius, Kenya and Namibia who have sent their congratulatory messages to President Mugabe on his re-election.

Govt forges ahead with growth thrust

Govt to ramp up Covid-19 vaccination drive this week

Everyone has a duty to clean Zim: VP Chiwenga