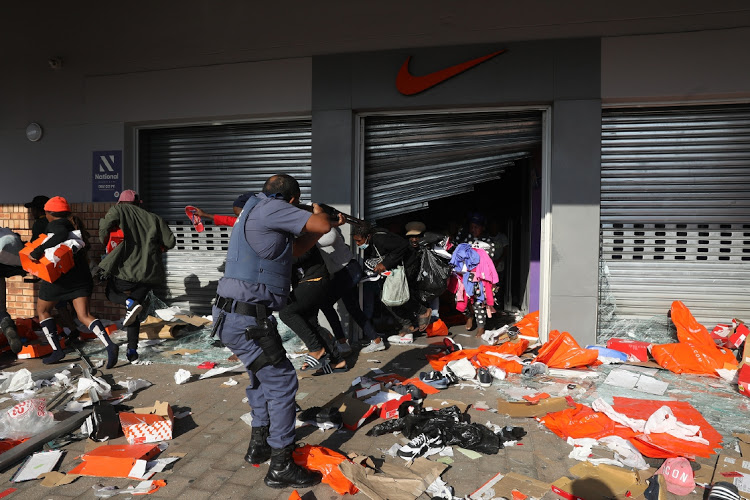 Nacora spokesperson Effie Ncube said Zimbabwe would be affected as its economy was largely dependent on the South African economy, with most food items in local supermarkets being South African products.

“As much as we are seeing traffic being disrupted in South Africa, particularly commercial trucks and trains, this will have an impact on the Zimbabwean economy by way of shortages of basic commodities that mostly come from South Africa. We might see this in the coming weeks, particularly if the protests are sustained over a long period of time,’’ Ncube said.

He said this would translate to price hikes, as well as scarcity of products.

President Cyril Ramaphosa on Monday warned that his country faced the risk of food and medication insecurity in a few weeks.

Analyst Rashweat Mukundu said: “The economic fortunes of Zimbabwe are tied to those of South Africa as it is our biggest trading partner and contributes a huge source of diaspora remittances to Zimbabwe. Durban is also a trade transit point for Zimbabwe.

“This means continued chaos in South Africa will impact negatively on the Zimbabwean economy, resulting in the increase of poverty.”

Another political analyst Vivid Gwede said: “The ongoing political, social and economic crisis in South Africa does have an impact on the region because the country’s political and economic stability as a regional economic powerhouse is important for Sadc.”

Youth Forum Zimbabwe director Ashton Bumhira said the situation in South Africa should serve as a reminder to authorities in Harare that the absence of violence did not mean there were no genuine grievances from the
people.

Meanwhile, International Cross-Border Traders Association president Denis Juru yesterday warned all foreigners in South Africa to abstain from participating in the violent protests which had claimed 45 lives by end of day yesterday.