Flooding caused by Cyclone Idai has killed up to 200 people in Zimbabwe since March 16, but there are fears the death toll could be higher 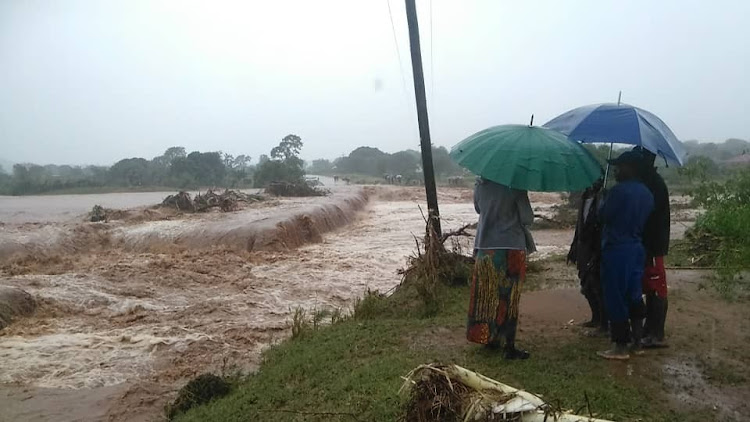 SA has sent sniffer dogs and helicopters to cyclone-hit Chimanimani in Zimbabwe to help hunt for more than 300 people who may have been buried alive in mudslides.

Flooding caused by Cyclone Idai has killed up to 200 people in Zimbabwe since March 16, but there are fears the death toll could be higher. On Tuesday the official number of missing stood at 300.

Idai, one of Southern Africa’s worst weather disasters in decades, pounded Mozambique’s port city of Beira with winds of up to 170km/h near midnight on March 14 before moving inland to Zimbabwe and Malawi. It destroyed buildings and displaced thousands of people.

The cyclone and floods have killed up to 750 people across the three countries, according to reports.

Local government minister July Moyo said in Harare on Tuesday that the dogs would assist in searching for people feared buried in mudslides.

Moyo said Zimbabwe had no sniffer dogs trained to find bodies and had asked for SA’s assistance.

“The first team should arrive today and another team is being mobilised from Cape Town … they will be deployed together with our army and police units.”

Moyo said most of the roads to residential areas in Chimanimani had been destroyed, making it difficult to reach survivors. In some cases soldiers and police officers had walked up to 40km to reach people in need. Helicopters would now ferry rescuers to isolated areas.

Lands minister Perrance Shiri said thousands of people would be relocated as some cyclone-hit areas were uninhabitable.