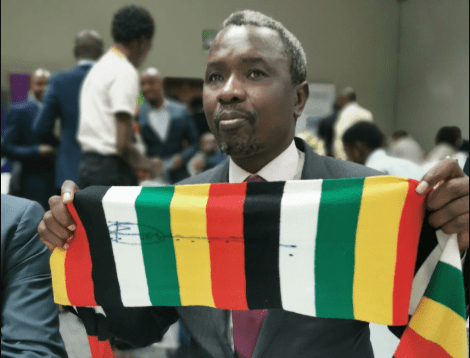 AN Air Zimbabwe flight chartered by Sakunda Holdings yesterday landed at the Robert Gabriel Mugabe International Airport with 30 tonnes of cargo comprising hospital equipment bought by businessman Kudakwashe Tagwirei and some Chinese businessmen to be donated to government towards the fight against COVID-19.

He said of the 30 tonnes, 23 were bought by Tagwirei for US$3 million, while the remainder was bought by Chinese businesspeople operating in the country.

“All will be a donation to the national COVID-19 response. While a few of these materials will be used at Arundel Clinic [Rock Foundation Medical Clinic], most of them will be donated to public hospitals. Sakunda also freely gave space in the plane to Friends of China, who made a donation.”

He added: “We are going to have a very small proportion of this material which we are going to put at the Arundel Hospital, which is the Sakunda establishment.

“Essentially this equipment will be used primarily in the government isolation and testing facilities. That is the contribution that Sakunda has made so far in joining the nation to combat the spread of this pandemic.”

Chitambo yesterday said Arundel Hospital was nearly ready and “we can say that the staff being finalised now that is the doctors and nurses, the anaesthetists who are going to be collaborating with us and the laboratories”.

The Foreign Affairs ministry confirmed that the consignment arrived at RGM International Airport yesterday. Chitambo said Arundel Hospital would be open to the public.