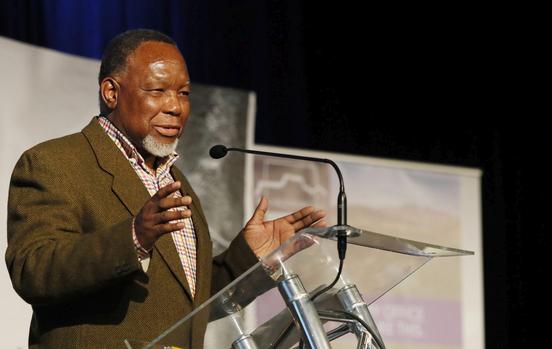 Harare – Former South African president Kgalema Motlanthe will lead a seven-member commission appointed by Zimbabwean President Emmerson Mnangagwa to look into the deadly shootings by the military during post-election protests.

The August 1 shootings during protests by opposition supporters over delayed presidential results announcements in Harare left seven civilians dead and many others injured.

Addressing journalists at his Munhumutapa Offices in the capital Wednesday, Mnangagwa said he was appointing the commission “in fulfilment of what I have undertaken to do, in order to address the matter in a transparent manner and in the public interest”.

Mnangagwa, who was sworn into on August 26, after winning a petition in the Constitutional Court to set aside the July 30 election results by his nemesis MDC-Alliance leader Nelson Chamisa, said the commission was made up of local, regional and international members.

Monthlante will lead the commission, which also has local, regional and international members.

The regional and international commissioners, including Motlanthe, United Kingdom lawyer Rodney Dixon, Nigeria’s Chief Emeka Anyaoku, a former Commonwealth secretary-general, and former Chief of Tanzania’s Defence Forces General Davis Mwamunyange, will be resident in Zimbabwe during the three-month period of the inquiry as they execute their duties.

The local members are University of Zimbabwe (UZ) dean of social sciences Professor Charity Manyeruke, UZ law lecturer Lovemore Madhuku as well as Vimbai Nyemba, the past president of the Law Society of Zimbabwe.

“Their duty is to identify motive, leaders behind the attack and investigate the circumstances surrounding the deployment of the army and also to ascertain whether the force used was consistent with the situation at hand,” Mnangagwa said.

The terms of reference also show that the commission will have to identify the protest actors, their leaders, their motives and strategies employed during the protests.

It was not stated if the commission would look into who ordered the shootings, but, instead, only reference was made that it will have to look into the degree of force used to crush dissent.

The commission will be sworn in after Mnangagwa returns from the Forum on China–Africa Co-operation, which will be held in China on September 3 and 4.

The commission is also expected to make recommendations to Mnangagwa who is seeking to mend a deeply polarised and divided country.

Mnangagwa won the July 30 elections with 50.8 percent of the vote, beating Chamisa, who garnered 44.3 percent, which was just enough to avoid a poll run-off.

The delays in announcing the presidential results fuelled rigging speculations and, as a result, opposition supporters took to the streets of the capital demonstrating against suspected electoral fraud.

Mnangagwa’s administration responded by deploying the police and subsequently the military, which fired live bullets at fleeing unarmed protesters and civilians, killing some in the process.