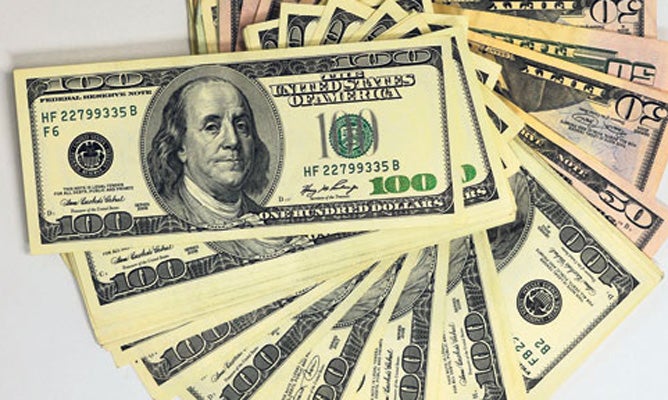 THE government is gearing for the launch of a new roadmap for a US$10 billion industrial and manufacturing sector economy by 2023, but captains of industry say the feat will be difficult to achieve unless all bottlenecks in the economy are addressed.

Information gathered by this publication showed that the Industry ministry recently held its second stakeholder meeting to launch the roadmap.

However, captains of industry and other key stakeholders who spoke to Standardbusiness said the vision was achievable but there was need to address issues of prolonged power cuts, acute shortage of foreign currency, reduced production and runaway inflation.

“If we get the fundamentals right, it’s achievable. Potential is still there. Industry only needs to be supported and capacitated,” Zimbabwe National Chamber of Commerce Bulawayo branch chairperson Brighton Ncube said.

“The market is there, so is demand. Industry needs to be protected from products coming outside the country.

“Some of these products we have capacity to produce them. We need to have access to foreign currency for raw materials and retooling. Industry is ready.”

“The US$10 billion feat is achievable, but it will heavily depend on mobilising resources for building key agriculture infrastructure and financing agriculture programmes, emphasis on increased production across all sectors with specific targets or a clear road map,” Chawira said.

“It will also be dependent on the preservation of the local currency value, intensified export drive through production of quality and competitive products, higher retention of export proceeds to enable manufacturers to source spares and materials, tax incentives for exporters, reduction of import tariffs for inputs and duty-free imported inputs for exporters.”

Promotion of entrepreneurship to attract new entrants into manufacturing, mobilising resources for key enablers such as energy, roads, railways and Ziscosteel for industry to perform non-stop, are some of the things that would help the country achieve the vision.

“From our perspective, there are a number of issues that need to be addressed for us to have growth.

“Certainly, for us to get US$10 billion it will be quite a significant growth from the industry perspective.

“Certain key issues have to be addressed for us to be able to achieve meaningful growth,” Chawira said.

It is projected to fall to 27% this year if the government does not change its policy direction.

According to the report, the shortage of foreign currency, power shortages, low demand for goods as a result of inflation, antiquated machinery and breakdowns, shortages of raw materials, and water shortages lowered capacity utilisation last year.

“Remember we have a population of plus or minus 15 million people currently that will grow by at least 1.5-2% in the next 10 years and this population consumes a whole lot of manufactured products annually ranging from cereals, sugar, mealie meal to sweets, biscuits, milk products and all,” he said.

“The country’s vision is to be a middle-income economy by 2030 which projects US$3 500 per capita income.

“That multiplied by the expected population gives us quite sizeable output in terms of the value of manufactured products consumed.”

CZI president Henry Ruzvidzo said they were experiencing a lot of difficulties as industry and “certainly we need to do things differently to turn things around”.

Confederation of Zimbabwe Retailers president Denford Mutashu said the underutilised capacity within industry was indicative of what they could
produce other things being constant, yet they were not due to a number of factors.

Mutashu said the retail sector had grown and expanded in shape and form with increased market access for most locally manufactured goods and stood ready to support its value chain.

“We, however, have to fix the currency issue which has affected payment systems and critical pricing models across the economy, with redollarisation emerging at a faster rate than anticipated,” he said.

“This is buoyed by the high rate of informalisation, which we are happy government has started acting upon it.

“It is one major stumbling block.  Industry has to generate new jobs while the purchasing power has to be strengthened to sustain demand.”

“At present, it is not. The long list of regulations, approvals, licences, permits and compliance certificates needed to start anything is just one of the problems,” Robertson said.

“We are also handicapped by the damage done to the viability of local suppliers of inputs for manufacturers, especially if these inputs originate from the agricultural sector.

“Everyone can see the further damage done to all the service sectors, ranging from banking to transport, from electricity to water supplies, and from our depleted skills base to our deteriorating health and education services.

“These all negatively reinforce each other to make Zimbabwe one of the least attractive investment destinations on earth.”

Robertson said Zimbabwe’s failure to meet debt repayment obligations and its disrespect for civil rights, property rights and the rule of law had severely damaged the country’s prospects of being trusted.

Robertson also government’s penchant to force Bills through Parliament to condone excess spending by ministry officials and corruption uncovered by the Auditor General as well as failure to deal with errant officials had eroded confidence in the economy.

“Such problems are seen as severely discouraging, even threatening, to investors. Zimbabwe certainly can rebuild its industrial capacity, but only if all of these issues receive immediate and imaginative attention,” he said.

“Promises that they will receive attention are not enough. The promises that have been made, but not kept, make up a very long list already and this is adding to the distrust.

“Unfortunately, rebuilding trust takes a long time and we haven’t started yet.”

The United Nations recently predicted that Zimbabwe’s economy would go down 2,5% this year while the World Bank and government have projected 2,7% and 3% growth, respectively.

On the other hand, the International Monetary Fund has forecast economic stagnation this year due to poor government policies and the drought.