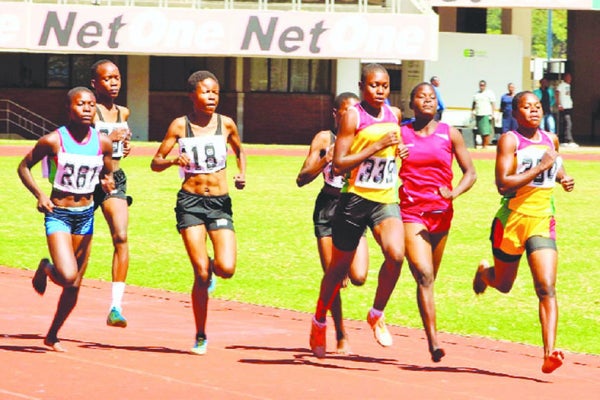 SECURITY forces could have helped themselves to huge sums of money meant for the African Union Sports Council (AUSC) Region 5 Under-20 Youth Games that were hosted in Bulawayo in December 2014, a forensic audit has revealed.

As was first reported by NewsDay yesterday, the forensic audit by Deloitte on the games has unearthed massive financial impropriety involving over US$5 million, through poor financial management, excessive pricing, contract incompetency, non-delivery of goods and services, fraud, and other various corrupt activities.

Senior government officials and members of the games’ local organising committee (Loc) have been fingered in the embezzlement.

The audit noted that members of the security forces could also have been involved in the corrupt activities, as they allegedly collected over US$100 000 whose claim forms were not adequately completed.

The audit shows that US$105 899,50 was paid to the security forces and other security companies believed to have links with officers from the army and the Office of the President and Cabinet (OPC), in the period between November and December of 2014.

This was in addition to them receiving accommodation, food and subsistence allowances from the organisers for the duration of the games.

“We examined Loc payment vouchers and noted travel and subsistence payments to security forces (the army, police and OPC) personnel amounting to US$105 899,50 whose claim forms were not adequately completed. These allowances were claimed and collected by a representative of each of the groups. This made it difficult for us to verify the actual beneficiaries and the authenticity of the claims,” the report read.

The Presidential Guard received US$14 790, while the Zimbabwe National Army was given US$7 395, which was signed for by a Major Zireva. Airforce security and Airforce VVIP security got US$2 379 and US$1 326, respectively.

Other security companies paid for rendering security services were listed as A Nyoni Security personnel (US$11 497), C Mabika Security (US$8 480) and L Mushamba Part T and S Security Team, which got US$1 000.

According to the document, some of these companies were given contracts to provide security without meeting minimum tender requirements.

The companies failed to provide details such as company profiles, qualifications and historical financial records.

The audit report showed that the government, through Treasury, released US$17 733 566 for sport infrastructure refurbishment and other operational expenses for the games.

The hosting required refurbishment of facilities such as Barbourfields, Luveve, White City stadia, Bulawayo Athletics Club, Bulawayo Swimming Pool and the Games Village at Hillside Teachers College, as well as the procurement of ancillary equipment, goods and services.

The report says over US$3 million was paid to contractors and service providers who either completely failed to execute their given tasks, overstated claims or did substandard work.

Some government officials also allegedly diverted US$1 million from the budget to projects not related to the games, money which was never recovered.

Government in May 2016 ordered a forensic audit after smelling a rat in workmanship vis-a-vis the amounts paid and owing to contractors.