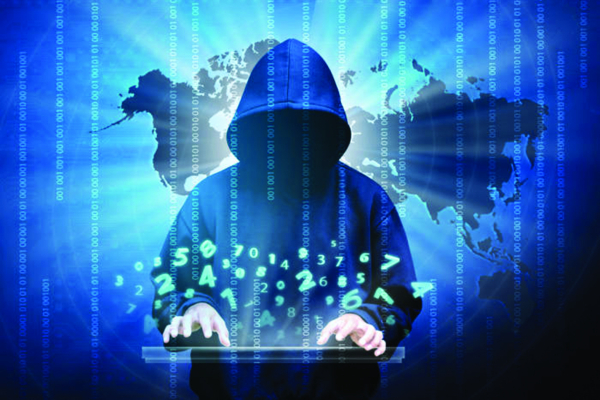 THE Cyber Security and Data Protection Bill sailed through Senate without debate on Wednesday, but media lobby groups have immediately expressed concern over the potential abuse of the piece of legislation by government to stifle people’s right to information.

The Bill had been subjected to widespread criticism on the grounds that it violates fundamental rights such as the right to privacy, the right to freedom of speech and the right to access to information.

The Bill, which now awaits President Emmerson Mnangagwa’s assent to become law, will regulate the use of the internet and social media activities to curb computer crimes such as spreading of pornographic content, and other internet-related fraudulent activities.

Unlike senators, who were mum and did not debate the Bill during its Committee Reading Stage on Wednesday, there was heated debate in the National Assembly on the philosophy of the Bill after MPs said it removed certain human rights.

Some of the arguments by MPs in the National Assembly were that the new law would remove the right to protect one’s health information.

There were also suggestions that the Cyber Security and Data Protection Bill had some provisions which needed to take the form of an omnibus Criminal Codification Act so that it deals with internet and hate crime.

Media Institute of Southern Africa (Misa) Zimbabwe director Tabani Moyo said his organisation made several recommendations to unbundle the Bill which were ignored.

He said Misa was concerned because the Bill had a pro-security approach, without regard to human rights.

“We are concerned as Misa Zimbabwe with the pro-security approach towards Cyber Security Bill and in our submissions, which tally with the contributions from the public consultative meetings, there were issues, specific recommendations, that they need to unbundle that Bill so that it does not lump complex issues together. They are lumping electronic transactions, cyber security and data protection,” he said.

“Secondly, we were concerned about the issue of creating a monster institution, where Potraz [Postal and Telecommunications Regulatory Authority of Zimbabwe] became the horse of Potraz itself, data security centre, authority, there is a cyber security crime centre and so forth.

“This compromises the security of data and creates a massive surveillance in a society. The issue of remote logging keys, the issue of our failure to feel the whistleblowing protection, among other things. Those issues, we were still pushing them back and advising the Lower House to attend to those issues that have been raised by the public as reflected in the portfolio commit report on what the public had recommended.”

Moyo added: “The public had recommended exactly what I said, unbundle them, and do not merge these institutions, the cybersecurity centre, data authority and Potraz. Keep them separate so that you don’t make people’s data vulnerable. Of course, the cyber security centre is a military arm and you cannot lump it together with Potraz because it has access to the back end of mobile network operators which have conventional data for everyone in the country.

“We hope that the Bill that has been passed reacts to the need to have a pro-human rights approach toward regulation of the cyber space.”

Voluntary Media Council of Zimbabwe executive director Loughty Dube said senators were supposed to apply their minds in dealing with the devastating effects of the law, adding that in its present state, misgivings raised by the civic society desperately needed debate.

“The Bill, in its present state, is an assault to citizens’ right to information. It is unfortunate that the State will hide behind security to deny the citizens their right to information. The law is more dangerous to journalism where sources, often protected by the law, will no longer be able to give information knowing they are being snooped at.”

Once signed into law, it will prescribe a 10-year sentence for hate-speech at a time when some Zimbabweans have, in the past, been arraigned before the courts for denigrating the President.

Chegutu East MP Webster Shamu (Zanu PF), among others, welcomed the new law, saying it would deal with cyber threats that affect governments, individuals and organisations.

“Zimbabwe’s war on cybercrime is an aspect that should not be taken lightly. We have to be wary of the technological advantage that can make us lose track on the sovereignty of this nation,” Shamu said recently during the Second Reading Stage of the Bill in the National
Assembly.

But opposition MPs felt that the law was being crafted to silence divergent views.

They said there was need for an independent body to regulate internet services as government-controlled bodies could take orders from the Executive.

For instance, on January 14, 2019, there was an internet shutdown where State Security minister Owen Ncube ordered internet service providers, regulated by Potraz, to shut down the internet because there were threats of demonstrations against the government.

Other critics said the Bill would further shrink democratic space in the country.