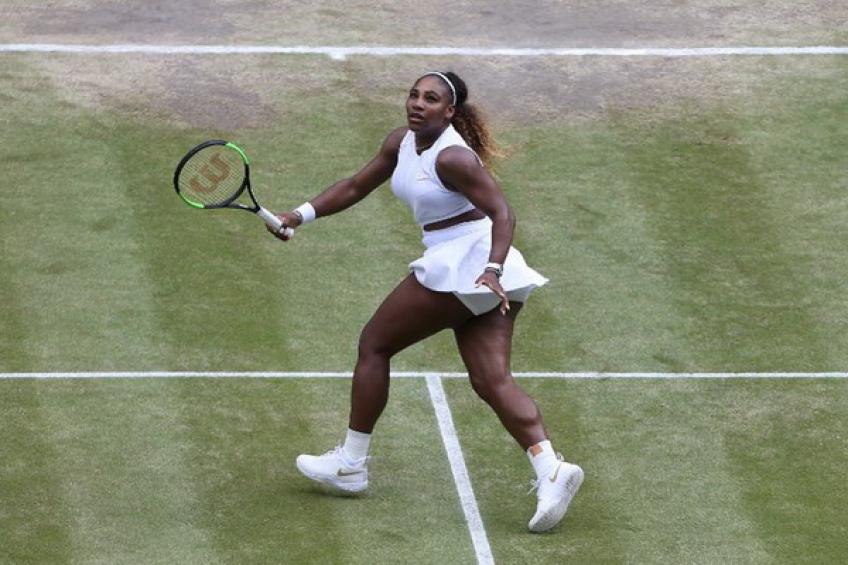 Twenty years after she did that for the first time, Serena Williams is still capable of delivering mighty strong tennis and finishing in the top-10 at the age of 38. Despite competing at only eight tournaments in 2019, Serena reached two Major finals at Wimbledon and the US Open, losing both to Simona Halep and Bianca Andreescu but still playing with old flame and desire to give her best and add more Major crowns to her already impressive tally.

After staying away from tennis since the US Open 2018, Serena kicked off the season at the Australian Open, losing to Karolina Pliskova in three close sets and missing all the action in February before returning to the court at Indian Wells and Miami, struggling with injuries and scoring just two wins overall.

Serena took more rest and hit the court again on clay in Rome, withdrawing before the clash against her sister Venus and losing in the third round at Roland Garros to the young compatriot Sofia Kenin. Still, the best was yet to come for the legend at Wimbledon, advancing into the final just like in 2018 and failing to lift the trophy again after a 6-2, 6-2 loss to Simona Halep who was just too strong on that day.

Williams played on a high level in Toronto as well, beating Naomi Osaka and reaching the title clash against Bianca Andreescu that she had to give away after four games, retiring and skipping Cincinnati to start a recovery process before the home Major in New York.

There, Serena was back at her best, advancing into the third straight final on the Tour and finishing runner-up just like at Wimbledon following a 6-3, 7-5 loss to Bianca Andreescu. One of the greatest players of all time is still eager to pursue that 24th Major crown and should be in contention for it in 2020 if she maintains a high level, proving her eternal class once again in the season behind us despite age and all the setbacks with injuries.

In the offseason, Serena found time for those who need help, building schools in Uganda, Kenya, and Zimbabwe with Build Africa organization. Also, she visited Jamaica, joining forces with the nonprofit Helping Hands Jamaica and building the Salt Marsh Elementary School in Trelawny Parish.

Serena Williams Venture is a part of the Serena Williams Fund, gathering companies and providing the necessary things for those who need help, especially the children. “In 2014, I launched Serena Ventures with the mission of giving opportunities to founders across an array of industries.

As we grow, we hope to mentor young founders and take burgeoning entrepreneurs to the next level. Serena Ventures extends relationships, encourages collaboration among portfolio companies, and expands partnership opportunities across my vast network.

Similar to many of the companies we have invested in, we are just getting started and are hoping to make a difference.”