Source: Set a thief to catch a thief | The Standard 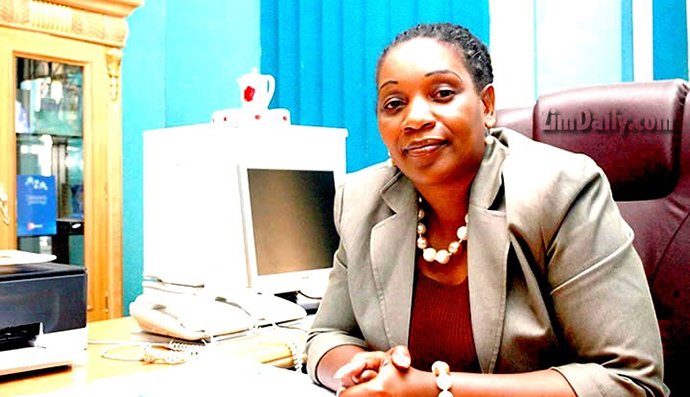 In Zimbabwe, the jokes really write themselves, don’t they?

Henrietta Rushwaya has just retained her position as the head of some miners’ association and her manifesto is that she will stop the smuggling of gold and other minerals from the country.

Either she thinks we are all fools or we have short memories, as she has a case before the courts for the smuggling that she says she wants to stop.

If she had any scruples, she would not even have stood for the election.

Anyway, we already know what kind of person she is. A few short years ago she was the head of our football and we all know how that turned out.

If this country wasn’t a criminal enterprise, the likes of Henrietta would be nowhere near any administrative office.

The problem is that Zimbabweans have made it very easy for criminals to take over strategic institutions.

Every important institution has a criminal in one form or the other and we accept it as normal. Oh, maybe our “gold-diggers” believe you have to set a thief to catch a thief.

Marvelous Nakamba brought his English swag to State House a few days ago.

I know he feels it’s his patriotic duty to visit the president.

He has also been seen a few times with Uebert Angel, who has the most exotic diplomatic position ever.

It’s up to the young man to choose who to associate with, but a word of advice to him is to use a long spoon when he sups with this lot.

I’m sure with the company he keeps, there will be fewer Zimbabweans who watch Aston Villa matches next season compared to last season.

Before I go too far, please allow me to pay my condolences to Zambians and the rest of Southern Africa on the death of Kenneth Kaunda, the former president of that country.

You see, Baba and KK once crossed swords in the 1960s and their relationship was quite uneasy for some time.

It was so bad that Zanu was kicked out of Zambia and had to set up bases in Mozambique.

But Baba was a forgiving man and they soon found each other with KK.

They were both revolutionaries and what brought them together was far stronger than what divided them.

The relationship between them became stronger with time to a point where some of KK’s family members relocated to Zimbabwe.

That was Baba for you, always making friends and forgiving transgressions.

We will all miss KK dearly, such a lovely man, who didn’t need an invitation to start singing and serenading his guests.

His white handkerchief had become the stuff of legends.

The International Monetary Fund has projected that the economy will grow by 6%.

This will normally be good news to be celebrated but nobody seems to care.

The thing is that 6% growth is just a number and it doesn’t mean much when it doesn’t translate to an improvement in people’s lives.

But this isn’t happening at the moment because of mismanagement of the economy.

I know many of you are too proud to admit this, but the economy is in a worse shape today than it was in 2017, when you all accused Baba of overstaying.

I’m sure if we had a time machine and reversed it to October 2017, most of you would not have joined the march that was organised by Ngwena and his friends in the army.

You made your beds, now in them you must lie, kkkk.

As for me, I’m busy eating Baba’s pension and shopping in Dubai, far away from Ngwena and his crew. Kkk!

A peep into the future

A recent Afrobarometer survey found that most of you think that the country is headed in the wrong direction.

Well, the problem is that you people don’t listen, Baba told you long back that he didn’t see a suitable successor.

This is because Baba had lived with these people long enough to see that they weren’t suitable for leading a country such as this one.

He even told you that this one lacked probity, but you still went ahead and marched. I really don’t get Zimbabweans at times.

We boast about our literacy rate, but maybe that figure is rigged, lol.

If we were as literate as we claim, then we would have listened to Baba’s wise counsel.

Anyway, here we are with a country that is headed in the wrong direction.