Source: The complexity of funeral power politics | The Standard 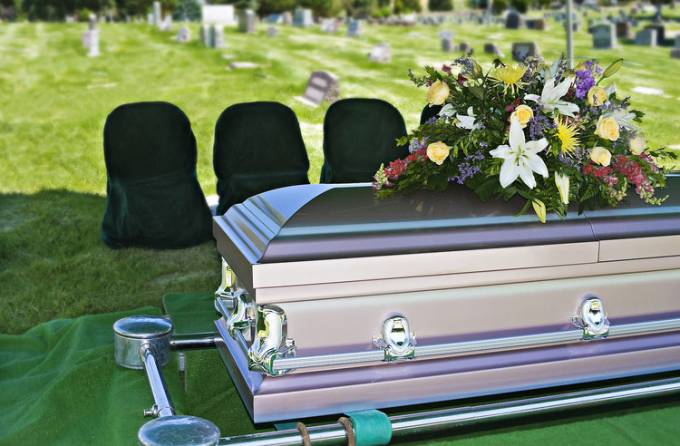 Funerals stand out as major community gatherings, and one could be caught by the drive and eager of the partakers as they dance and sing. The significance of such events lie not in the fundamental relationships to the ancestors, but in funerals focused on relationships among the living.

The main event of the funeral usually provides occasion for family reunions, therapeutic expression, and the healing of strained relationships, but in some instances, it is not the case.

Funeral and burial rites of deaths related to murder, ritual, disasters, war, pandemic, deaths of politicians and any death have been contested in Zimbabwe.

A funeral is a complex and centrally important series of events in the ritual life of many African people.

When discussing funeral rituals among the Shona, it is worth noting that there is no uniformity in the practices.

Funerals differ in size and complexity depending on the circumstances of death, age, gender, social/economic/political status and religious affiliation or commitment of the deceased; they are all regarded as the last ritual in one’s life, often involving the entire community, and sometimes even the whole country in cases of one declared liberation or national hero or heroine.

The social mechanisms of group control sometimes referred to as funeral power politics may be so powerful and effective that they are able to overpower considerations of culture, person, and religion. In other situations, it may be that religious or political fear which might be the dominant force, overshadowing others.

The location of the burial as well as the funeral ceremony usually take into account concerns surrounding health and sanitation, religious concerns, political ideologies and cultural practices.

Some cultures keep the dead close, to provide guidance to the living, while others “banish” them by locating burial grounds at a distance from inhabited areas.

Some religions consecrate special ground to bury the dead, and some families build private family cemeteries.

The gender funeral power politic subscribes to the notion that the status of women with regards to funerals, burials and post-death ceremonies in an African setting is a breeding ground for abuse.

Women are dictated as to how funerals and post funerals should be run.

Acting Chief Nyamandwe, Washington Don Chidawanyika, in his submissions on funeral rites said: “Every place is suitable for burial although many prefer to be buried where their family has roots, sometimes across the country for cultural and religious purposes.”

The traditional leader castigated some overzealous family members who often outsmart spouses and children of the deceased and come up with burial and funeral programmes contrary to what the family or spouse want.

Stakeholders (women included) should meet as equals and with mutual respect. This would mean that in some cases such as, choice of coffin, place of burial or clothes to be worn by the deceased, and any other funeral arrangements, would be agreed upon with wider consultation, bearing in mind that consultation also is not a decision, and at the end of it all, a decent burial takes place, by involving all the concerned parties.

Thus, some women resort to religion, in the hope it would provide a sense of security and assurance. There are some cases where some women, instil pain to fellow women during burials resulting in them systematically excluded from part of the burial proceedings.

“The place and choice of burial are culturally determined in the sense that there is a key part on both Ndebele and Shona mortuary rituals which is some sort of ‘bringing home’ ceremony, (Kurova guva in Shona),” said Zimbabwe Traditional Healers Association (ZINATHA) president George Kandiero.

“It involves returning the spirit of the deceased back into the family home a year or more after death, to become protecting ancestors.”

“Although we have certain aspects in our culture necessary to be conducted by the kins and kith of the deceased, we have no choice but to compromise when we are faced with pandemics, war and disaster.”

Kandiero said in cases of disagreements there was need for those who would have lost their beloved ones to perform specific rituals to return the spirits of the dead home.

“Returning of the spirits home can be done through reburial of actual remains or merely the symbolic return of soil from the graves of people who could have been buried away from their kins and kits,” he said.

“Failure to perform such rituals will invite anger and misfortunes from the spirits to the families involved.”

Of particular note, is that of the Chibondo reburials and fallen heroes reburied on national shrines dotted across the country.

Religious funeral power politics contents that the church has sacred powers upon notification of death of a member. The church honours the dead with funeral rites, they give the much-needed comfort to the bereaved, and to the entire community.

Sometimes religious law coincides with legal law, but this does not mean that the church can take over. Some Apostolic sects like Marange may not continue with burial rites if a beast is slaughtered on the funeral. According to Johanne Marange Apostolic Church’s tenets, slaughtering should only take place after burial.

There is a general belief that traditional slaughtering of the animal has ritual attachments to the beast. The animal is normally “dedicated” to the deceased, muriwo wako uyo (here is your relish). Here, one could see clashes between traditional and religious law.

“In Christianity, there is no clearly prescribed law concerning the burial places, although burial in one’s own land was favoured,” said Reverend John Makaniko, a United Methodist church pastor in Zimbabwe in charge of social justice at grassroots level under the general board on church and society.

“In New Testament times, the burial of our Lord Jesus Christ was in another person’s grave (Matt 27:57-61); this was because of circumstances surrounding his death.

“Some Christians in Zimbabwe adopted the missionary idea of having burial places inside or near church yards like at Old Mutare Mission and Muziti village.”

In Muziti village the graveyard near the church premises was once referred to as “Pama Kristu” meaning the Holy Place for departed Christians and any other place was considered profane, Rev Makaniko said.

Clash of doctrines is sometimes witnessed, such that some Apostolic churches would not entertain drums and other musical instruments deemed unholy to their doctrine. Most Pentecostal assemblies adopt aconfrontational attitude towards traditional customs such as chiroora, chisahwira.

We also have funeral power politics to do with national power politics. Absolute power corrupts, absolutely, especially when it is determined by status (position one holds in society. History is full with abuses of power from all classes of society. Some funerals may not take place, if some well-to-do relatives are not present.

Abuse of power can be prevented from happening by monitoring the use of power during and after the funeral.

Protesting against abuse of power is the responsibility of the family, and later on the entire mourning community.

The family of the deceased, thus the called next of kin should be given the floor to participate in decision-making, pertaining to the funeral of their beloved ones.

Soldiers or low-ranked members of the forces are poor, but sometimes they have power.

Power politics are at play in the case of the late former president Robert Mugabe. The family of the late president made sure that the so-called new dispensation did not pontificate over his funeral.

Since Mugabe was nationalist many people, including the government expected him to be buried at the National Heroes’ Acre.

However, this was not to be.

His family and his wife, Grace, had their wishes while the Roman Catholic Church had its desires.