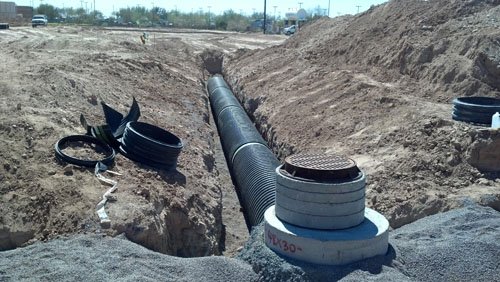 HUNDREDS of prospective house owners in Beitbridge have been stopped from building because the local authority cannot provide sewer services.

Some have waited for close to nine years after paying for land and services in full.

Others have died without realising their dream to own a house while others are now broke and are disposing of their stands below cost after land developers and the Municipality of Beitbridge (MoB) failed to provide sewer connections.

He said a sewer trunk line connecting houses in Dulivhadzimo was the major impediment.

“We are currently having meetings together with the beneficiaries and service providers to monitor progress,” he said.

“The latest progress report from Forit Land Developers shows that they have done roads up to 49%, water reticulation 80% and sewage reticulation 79%.”

Ramagkapola said a meeting with beneficiaries to agree on the way forward would be held.

“The documents for the tripartite agreement among beneficiaries, Forit Land Developers and MoB will be available by end of this week and next week beneficiaries will be engaged,” he said.

He said not all the prospective house owners, who entered the deal with Forit, had finished paying for their stands. He said the contractor would use its resources to complete the civil works to allow construction to go ahead.

“Only those, who would have paid full amounts, will be allowed to start construction,” Ramagkapola said.

But beneficiaries feel they are being short-changed considering that they have a standing agreement.

“Forit Land Developers had an agreement with us where we paid a deposit of US$1 500 towards US$6 750 total. We finished their instalments after 36 months so what other agreement do we need? We should just be allowed to start building,” said Never Madiwa, a representative of 244 Forit beneficiaries said.

Council should have ensured developers provided services, he said.

Investigations have shown that apart from Forit, Alpha International Land Developers, Mornef, SDP and Kingdom Lifestyle properties which were contracted by the Beitbridge Municipality were also struggling to provide services despite collecting money from residents.