Three members of the ZRP died in a horrific head-on collision near Watershed School along Harare Mutare road on Sunday. 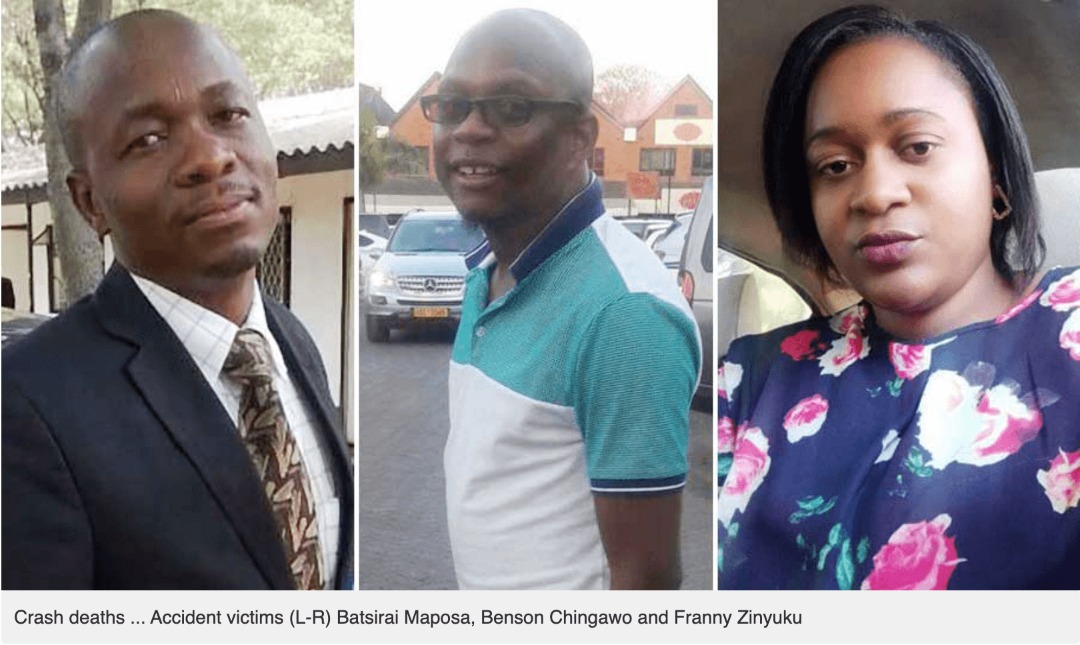 The security men were travelling to Rusape on official duty. They have been identified as D/S Benson Chingawo of CID Murehwa(driver), Batsirai Maphosa of CIO Harare (car owner) and a lady officer Franny Onai Zinyuku.

Many motorists are enraged by this type of behavior shown by the police.
“While we mourn with the bereaving families, we must point out that the discovery of what was happening in the car must be condemned with the contempt it deserves. Here we had three senior cops who were also family members with children and spouses who were engaging in immoral behavior, adultering while driving. It’s very bad. ” said one motorist who passed through the accident scene.

” My sister this shows how the police has gotten rotten. There’s no discipline anymore. This is what they are doing to our wives. ” another motorist said.

A police officer who attended the scene said Franny had more than 3 000 US dollars with her.

No official statement has been released by the ZRP yet.