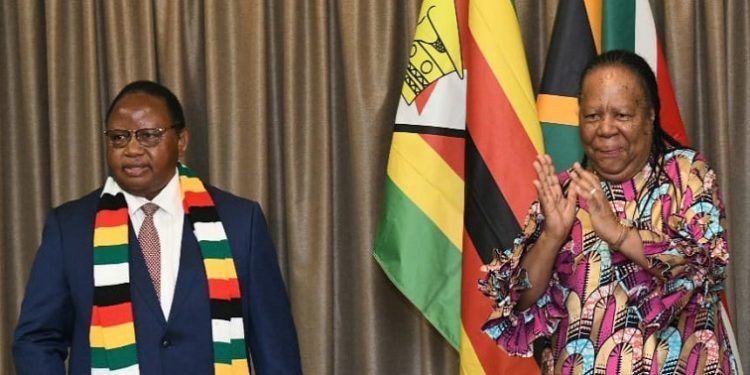 The Minister of Foreign Affairs and International Trade, Frederick Musiiwa Shava, has urged Zimbabweans residing and working in South Africa to respect the laws of that country.

Shava was in South Africa on Wednesday, 10 August for the mid-term review of the Bi-national Commission.

He said Zimbabwe is willing to work together with South Africa to resolve the issue of Zimbabwe Exemption Permits.

Shava also said the challenges around the permits have caused panic within the Zimbabwean community in SA but urged his compatriots to be law-abiding. He said:

The Zimbabwe Exemption Permits will expire at the end of this. Its expiry is naturally causing much anxiety to the holders of this permit.

I would like to reiterate our appeal to Zimbabweans in South Africa to observe and respect the laws of South Africa.

The South African government discontinued the special permits meant to regularise the stay of Zimbabweans in the country. The permits expired on 31 December 2021.

SA later gave Zimbabwean nationals a 12-month grace period to apply for other categories of permits and those who fail will have to leave the country.

Meanwhile, South Africa’s International Relations Minister, Naledi Pandor, who invited Shava for the meeting, noted that there are several challenges around illegal migration in South Africa.

She, however, applauded Zimbabwe for co-operating in seeking a solution to the immigration issue.

Pandor said SA has now launched the Border Management Agency to deal with the problem of illegal migration. She said:

Effective management of immigration has been an ongoing challenge for our government.

We recently established a Border Management Agency and we hope it will vastly reduce illegal migration and improve efficiency.

I must thank you and your government for the support you have given us in this endeavour.