Elephants are never far from my mind. I can assure you first-hand that wild elephants are charismatic, mischievous, seductive, enchanting, filled with joy and ancient wisdom; the true essence of Nature, their souls forever intertwined with Africa. They live life in a way that makes them happy, with so much frivolity, skilfully sensing vibrations in the air and underground, always in touch with beloved family and friends. 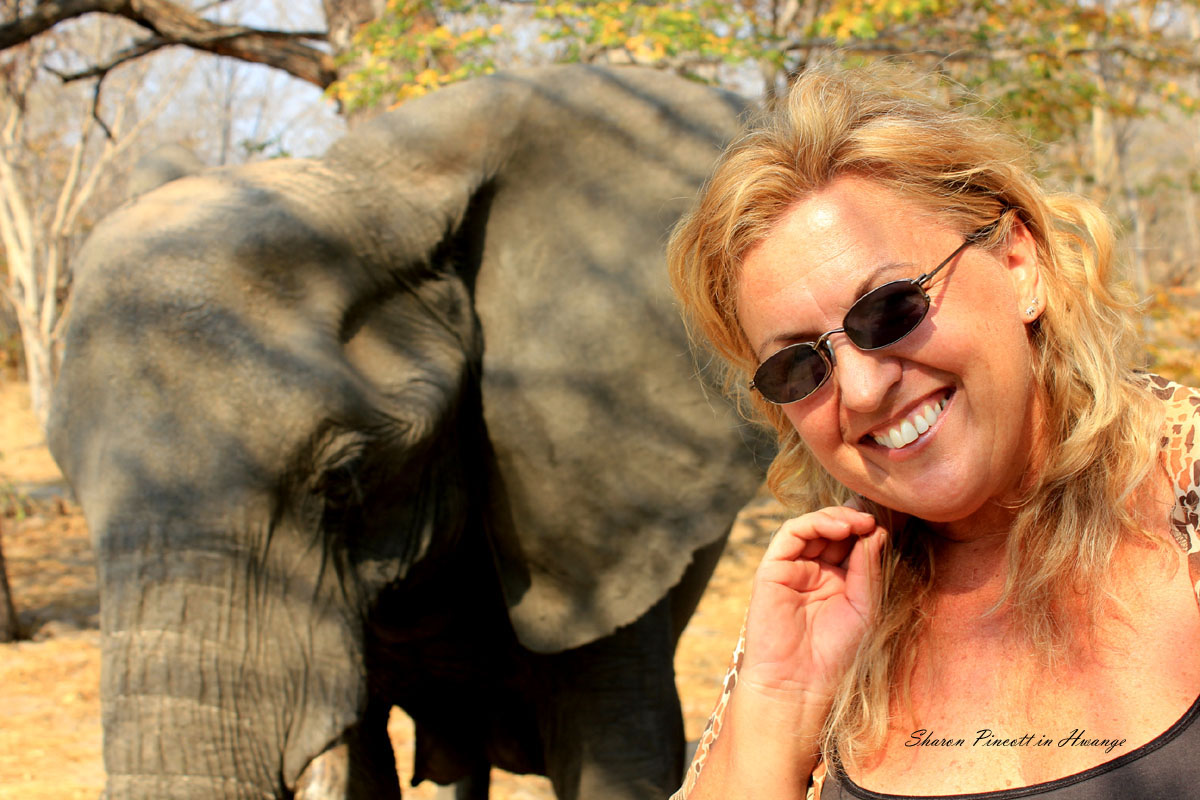 I’d argue that elephants are the one animal you could never get bored monitoring. After so many years amongst them, there were times when I heard and felt their excitement at seeing me so fiercely, that I thought the youngsters just might jump into my arms if they could! Even during my darkest days fighting for their welfare, the elephants never failed to brighten my life. Uncannily, my favourite families were always around when I needed the biggest of boosts. I experienced such an intense feeling of belonging. They were my tribe, or rather I was part of theirs. And I know that I still am.

There can be no regrets. Apart from not having been able to stay with them longer.

Africa – alluring, but also a land of scorched dreams. Only when we truly understand or adore something, do we seek to conserve it. Awareness remains so crucial. And the elephants deserve every last one of us to contribute what we can to their ongoing conservation. Even if there is a price to pay.

More than twenty years ago, while preparing to work without payment with wild elephants in Zimbabwe, I used to say to my dear (now departed) Dad that “I’d rather be happy in my 40s than be rich in my 60s”. His response was always “well I hope someone asks you if you still think that when you’re 60!”…. After 13 years of voluntary and primarily self-funded work, I’m extremely fortunate, having now (somehow or other) reached that 60 year milestone, to be eligible for free hospital and medical care in Australia, the country of my birth. My Dad’s concerns might have been founded (despite me living as frugally and carefully as I could while working in Hwange). But I’m so pleased and proud that I did what I did in my 40s, despite all that happened during those years.

Continually inspired by the kindness and kinship of so many people from all around the world, I put myself out there in order to raise awareness, releasing books, talking to groups, contributing to magazines, and featuring in the award-winning documentary of my life and work with the Presidential elephants (titled All the President’s Elephants). These sorts of things frequently made conditions even worse for me however. There were those who were unsettled by my presence, and others (including some really unexpected personalities) clearly green with envy, who tried hard and then harder still to derail my work with the Hwange elephants. It was disappointing. And discouraging.

But the elephants had stolen my heart and the one thing they had strengthened most of all was my resilience, and belief in myself. Eventually though, in the environment of the time, there was only so much more I could risk and allow my body and mind to endure. It turned out, in hindsight, that I persevered through too much. Severe stress events are believed by medical specialists to trigger autoimmune diseases, and I ended up with not one, but two extremely rare, (both one-in-a-million in fact), incurable conditions – on top of various others – that have changed forever how I can now live my life. As well as a drawer filled with copious medications, my body is now reliant on a 5-hour hospital infusion, every 4 weeks. In between times, severe pain, fatigue and general ill-health keep me from being able to do very much at all. It’s uncanny that one of my autoimmune conditions means that in places now, my skin is up to 10 times as thick as normal human skin; something akin to that of an elephant’s hide! Fearless – the soft toy elephant mascot who once accompanied me in the field and sat on the tusks of wild elephants – now accompanies me on my hospital visits. Perhaps a real ‘therapy elephant’ is what I need!

Still there are always scores of emails to respond to, talks to give when I’m able, stories to share and questions to answer. As well as on various online streaming sites, All the President’s Elephants has been streaming on Australian television for the past 18 months and my last book Elephant Dawn released in 2016, is still being read and reviewed, particularly these days in the American market. Awareness is such an important thing, and I feel proud to still be able to contribute in this way. We may not be able to change the world, but imagine how much worse it would all be if we did nothing.

So often when the extraordinary photograph of me kissing the wild adult elephant I named Willa is circulated online, it attracts thousands of positive reactions. It brings tears to the eyes of so many who understand just how sentient, aware, intelligent, soulful and incredibly gentle these giants are, when not harassed. And while some sport-hunters have seen the light, others along with the poachers still insist on slaughtering them. It’s no wonder the world is still not the peaceful idyllic place that it could be.

I do feel like I’ve lived many lifetimes in one, and have countless happy memories. There are other memories that are not nearly so pleasant however. Although probably not all that surprising, I was recently alarmed reading that (the ex-Matabeleland North Governor and later Minister) Obert Mpofu is still – some 20 years later! – grabbing land in Zimbabwe as his own private property. The damage he and his relatives did to the Presidential Elephants and their land areas back in the early 2000s during their initial land grabs in Hwange was nothing short of disastrous. And then, following his successful eviction, for Kanondo and the surrounding areas (near to Hwange Safari Lodge) to be grabbed yet again 8 years later, by others, was one of the final straws for me. Such uncaring greed. Which still hasn’t stopped.

The ripping of elephant youngsters from their mothers and families, for a dismal life in captivity, hasn’t stopped for good either, although the work done in 2018 when I was able to deliver a petition with nearly 290,000 signatures to the President of Zimbabwe, opposing this practice, certainly made some difference. And it got the world watching even more closely. Just as the eyes of the world are still on Zimbabwe’s attempts to sell ivory. Six years ago, I wrote in Elephant Dawn that I’d lived among Zimbabwe’s wildlife for too long to believe that corruption and greed could be controlled sufficiently for this sort of legal trade to work. I didn’t believe there was the capacity—or the will—to properly regulate the market. Any legal ivory sale ensures that the illegal black market is kept alive by making it so much easier to exploit the loopholes. And I still believe this today.

These days Zimbabwe says that its elephant population is increasing by 5% per annum, a considerably lower percentage, thankfully, than they have sprouted in the past. The Parks Authority knows though, based on my own decade of monitoring births, deaths and interbirth intervals of 400+ elephants in Hwange, this figure is still nearly 1% higher than my last calculation – which is relevant when talking about elephant management practices (the need for culling etc), based on perceptions of elephant numbers. But once again, at least now the world is watching more closely.

In the womb for 22 months, it takes time to make something so wondrous! In the field nearly every day, all day, from 2001-2014 I got to find out what it was like to be a wild elephant, at least to some degree. I believe, like us, that they remember long lost special friends. I miss them terribly. I miss the thrilling and comforting sensation of a wild elephant’s touch. I miss reading last night’s messages in the sand, their delightful smell and sounds in the wind, the smiles on their faces. And I miss their play-trumpets under moonlight, which always seemed to hold up the stars.

It is indeed a privilege to continue to touch the lives of book readers and documentary audiences; to help them find an affinity with our beloved endangered elephants. Elephants don’t put themselves on pedestals but they deserve our eyes upon them in awed appreciation of their intelligence, majesty and importance to this world.

Sharon Pincott’s latest book, Elephant Dawn – the story of all of her 13 years in Hwange, written without restraint – is available online in paper copy, ebook and audio book. She has kept her www.facebook.com/PresidentialElephantsZim facebook page, as well as one at www.facebook.com/SharonPincott10. She has remained a member of PREN – the Pro Elephant Network – which advocates for the welfare of elephants everywhere.