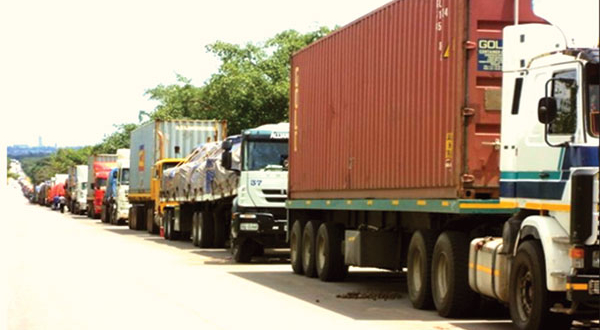 SHIPPING agents at Beitbridge Border Post have complained over what they called artificial delays by officials as a way of pushing for bribes to facilitate processing of goods, but the Zimbabwe Revenue Authority said the matter had not been brought to its attention.

Instead, Zimra blamed the delays on a general increase in traffic as well as ongoing COVID-19 restrictions that impacted turnaround times for traffic.

“The allegations of ‘push fees’ have not been brought to management’s attention. However, we will look into the allegations and any official found to be involved in such corrupt activities will be appropriately dealt with in accordance with the law,” Zimra spokesperson Francis Chimanda told Southern Eye.

“On the issue of movement of commercial traffic, there is a general increase in traffic coupled with the new COVID-19 restrictions affecting entry turnaround. The CCC [customs clearance certificates] issue is obviously affected by the fact that we are closing the transit sheds at 1500hrs in response to the new restrictions.”

A shipping official at Beitbridge last week complained that some Customs and Excise officials deliberately delayed movement of traffic and examination of goods to induce payment of bribes.

Delays were common between the north-bound scanning section, the Third Man and the container depot where goods are physically examined.

The clearing agent said at times a haulage truck took one-and-a-half days to move from the scan to the container depot, a process which ordinarily should take less than an hour.

“These are all artificial problems created to get what they call ‘push fees’ which is basically a bribe paid to speed up movement of commercial traffic. This is happening between scan, Third Man and container depot. At times it takes a car (haulage truck) two days to reach container depot from north-bound scan,” the official said.

“Officers in the container depot are not working to their maximum capacity as a way to solicit for bribes.”

This, he said had been raised in a meeting held at the Beitbridge Rural District Council chambers last week.

At Manica and Malindi Transit Shed where pre-owned cars are cleared, stakeholders were exposed to possible COVID-19 infection during the application and collection of CCCs necessary for registration of vehicles.

Newer Post
The politics of selective condemnation: ‘Silencing the guns’ in Zimbabwe during a pandemic
Older Post
Exchange rates head for convergence: CZI