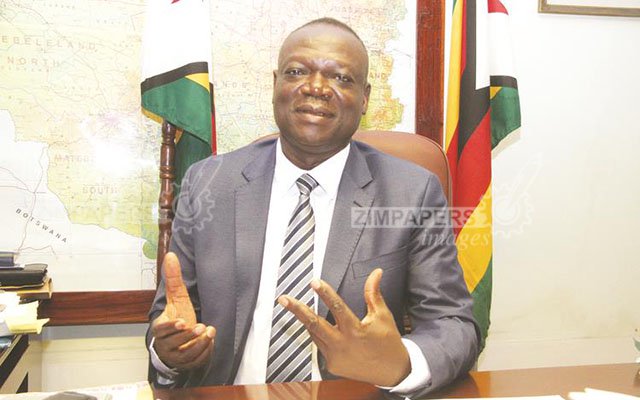 NEWLY-APPOINTED Agriculture minister Perrance Shiri has reportedly ordered an investigation into former President Robert Mugabe’s multiple farms with the intention of leaving him with one farm in line with the country’s one farm per family policy. 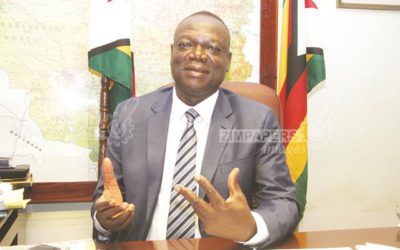 The Mugabe family reportedly owns up to 14 farms covering over 16 000 hectares acquired since the fast-track land reform programme began in 2000.

Former First Lady Grace Mugabe was reportedly in the process of acquiring more land, particularly in the Mazowe area, where the family runs the Gushungo Dairy project.

NewsDay is reliably informed Shiri has ordered a probe into the Mugabe family’s land ownership with a view to repossessing some farms, so they remain with one.

Well-placed sources within the Department of Lands, which used to be a full ministry under Douglas Mombeshora during Mugabe’s reign, told NewsDay that Shiri had ordered a compilation of Mugabe’s farms for possible reallocation.

“Minister Shiri has ordered, through our directors, that we compile a full list of the former First Family’s farms and we are already doing it,” a source from the Department of Lands revealed.

The source claimed Shiri gave the order this week to all directors in the department.

Shiri could not be reached for comment yesterday, with his aide, who answered his phone, saying the minister was in a meeting.

Mashonaland Central Provincial Affairs minister Martin Dinha, under whose jurisdiction most of the Mugabes’ properties are located, yesterday declined to comment on the issue, describing it as too sensitive.

“I cannot comment. Talk to minister Shiri,” Dinha, who a few years ago was quoted as bragging that he would give Grace as much land as she required, said.

At the time of her husband’s ouster, Grace was in a process of evicting villagers from Manzou in Mazowe to allow for the expansion of the family projects that include the construction of Robert Mugabe University, a hospital and secondary school.

It has also recently emerged that the former First Family was leasing out land controversially seized from Interfresh Holdings Ltd’s Mazoe Citrus Estate in 2013 to businessman, Hamish Rudland, a major shareholder in CFI Holdings.

Mugabe, who was the face of the controversial land reform programme, had been attacking Zanu PF bigwigs for grabbing land, which they were failing to utilise, thereby, threatening agricultural productivity.

Mugabe’s close relatives that include his late sister Sabina, his nephew Leo, and his brother-in-law Reward Marufu were also reportedly multiple farm owners.

Mugabe, who had ruled the country since independence in 1980, buckled under pressure from the military in November last year at a time Parliament had initiated a process to impeach him following a nasty fallout with his former deputy, Emmerson Mnangagwa.