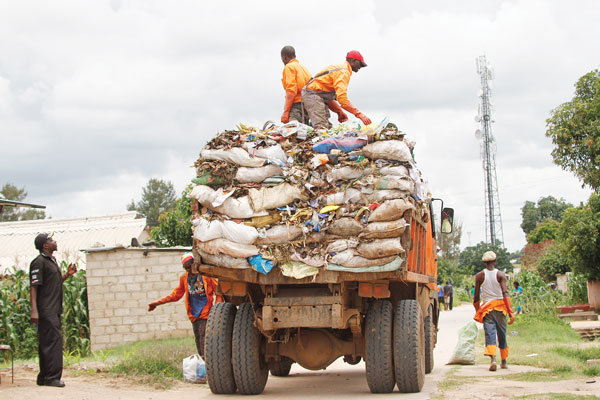 BULAWAYO City Council (BCC) has blamed the shortage of refuse trucks for its inability to regularly collect refuse across the city.

The council is supplementing its refuse fleet by engaging private garbage collectors who use their trucks for a fee.

“The first batch of community groups which started on March 22 had stopped. Loading of soil was in progress in wards 7, 9 and 13. Soil loading was greatly affected by non-availability of trucks,” he said.

Dube added that the council tried to hire trucks from community groups, but failed to reach an agreement on payment terms.

“The current rates had provision for hire of trucks by community groups, but there were challenges on the ground. Most vehicle owners’ requests were not compatible with council’s payment plans,” he said.

He said truck owners had pointed out that they bought fuel in foreign currency and requested that they be paid soon after completing their tasks, saying they feared being pushed out of business if they had to wait for 30 days.

Council minutes also stated that the department had continued cleaning drains along Newmansford in Kingsdale, Bhalabhala and Xhamu Road in Selbourne Park, 5316 Nketa 9 and the drain in front of Sizinda South Beer Garden.

“The cleaning of a particular catch pit of Devos Avenue in Kingsdale was carried forward from the previous works,” the minutes read.

Dube said soil from the excavated drains was loaded and disposed of at the nearest pits.

Meanwhile, he said stone pitching was being carried out, with other wards agreeing to using their own ward maintenance funds.

“The community stone pitching programme was envisaged to continue for wards that were willing to utilise their ward retention funds for the exercise. The pilot project had been recorded as a success and teething problems had been noted for future implementation in other wards. Ward 25 was set to continue with the project should the state of funds under their retention improves,” Dube said.