The country faces a severe shortage of bread and other foodstuffs, as well as fuel and cement 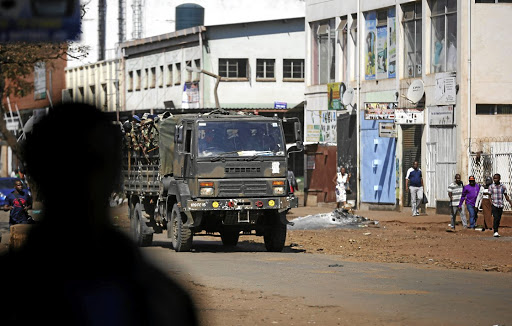 Zimbabwe is experiencing a wave of rising prices of basic goods and shortages of crucial commodities amid fears that it could plunge into an economic implosion as in 2008.

Some basic commodities have become hard to get in supermarkets. There is a severe shortage of bread, owing to a record-low supply of wheat.

The country is also facing shortages of fuel, cement and other foodstuffs. A tin of baked beans that sells for about R11 in SA costs R38.54 in Zimbabwe.

At the height of inflation in 2008, consumers had to resort to the black market for basics. The government printed “quintrillion” dollar notes that could hardly buy a loaf of bread.

The Reserve Bank of Zimbabwe is struggling to meet foreign currency demand from local companies, creating a precarious situation for manufacturers who are unable to import critical raw materials. This week, millers suspended operations owing to shortages of wheat as the central bank failed to pay for imports on time.

A leaked internal memo on social media showed the country is experiencing its worst shortage of wheat in more than a decade.

A memo by the GM of the Grain Millers Association of Zimbabwe, Lynette Veremu, to chairperson Tafadzwa Musarara warned of bread shortages.

“Self-raising flour has disappeared in many shops nationwide. Small bread bakers are stocked out. I strongly recommend that you alert the powers that be of this predicament.…”

Harare-based economist John Robertson said the economy might not be as bad as in 2008 but warned shortages could continue. “We have been going through a slow implosion for many years. This is not new. The prospects of high inflation are high especially due to the budget deficit and huge debt arrears the country has. But I don’t think we will be back to 2008, we are still far from that.”