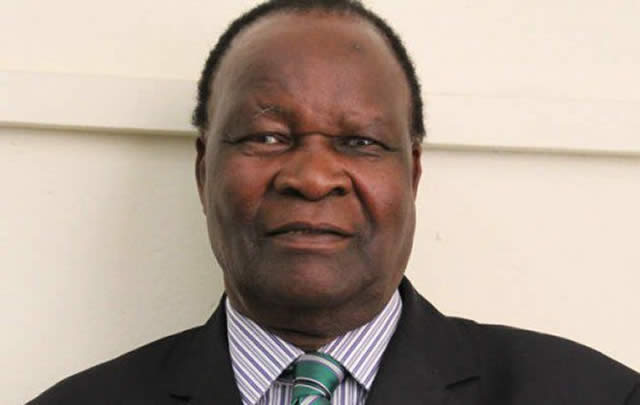 Tawanda Mangoma in Chiredzi
Minister of State for Masvingo Provincial Affairs Cde Josaya Hungwe has urged Government officials to shun corruption as there will be dire consequences for those determined to take that route, especially under the new administration.

He warned all officials in the Ministry of Local Government, Public Works and National Housing to desist from corrupt practices that have crippled service delivery within communities. Addressing district administrators and heads of local authorities in the province during a three-day Local Government Practitioners Retreat Workshop in Chiredzi, Minister Hungwe said local authorities have a direct link with the people, hence Government expects excellent performance from them.

“This is my first interaction with local Government officials and non-governmental organisations in Masvingo after my appointment as the Provincial Minister by President Emmerson Dambudzo Mnangagwa. Now that we are operating in a new dispensation, the new President is charting a new lease of life, which has zero tolerance to corruption,” he said.

Minister Hungwe said the fight against corruption must begin at local authority level as they have a direct link with the people.

“I will repeat: the President doesn’t tolerate corruption. It’s no longer a thing in this Government. In local Government, those who have been there before are now being haunted by their sins. I am warning myself and I am warning you. Stealing is not good, be it from an institution or from an individual, it’s all stealing. People are being arrested and we don’t want that to happen to you since corruption can be avoided.”

He said President Mnangagwa will not tolerate any social ills in the new dispensation.

“I implore you to implement sound governance. One of the things, which saw us being hit by sanctions was poor governance and we must not do that in housing delivery and provision of stands. There is a lot of corruption which involves issues of stands in local authorities. Minister July Moyo has since instituted audits for residential stands across the province and that will help us,” he said.

Meanwhile, Minister Hungwe lamented the slow implementation of development projects at the Tokwe-Mukosi and other water projects in the province. He also said Government was already sourcing funds for the construction of the Runde-Tende Dam.

“Runde-Tende Dam is bigger than Tokwe Mukosi and we have already started sourcing funds for this giant dam to be constructed. We are behind on Tokwe-Mukosi. My idea is, we want an independent body to be set so that it evaluates the business opportunities which come in housing, fishing and farming, among other ventures. We don’t want the inter-ministerial team to evaluate because that would see corrupt elements taking a hand,” he said.

He said corrupt officials were planning to take over planning of projects at Tokwe-Mukosi while moving people from Chivi to Mashonaland East.

“Others from outside the province would have been brought to benefit and take up the plots, but I said no. We want an independent body, which will reserve a certain percentage for the people of Masvingo.”