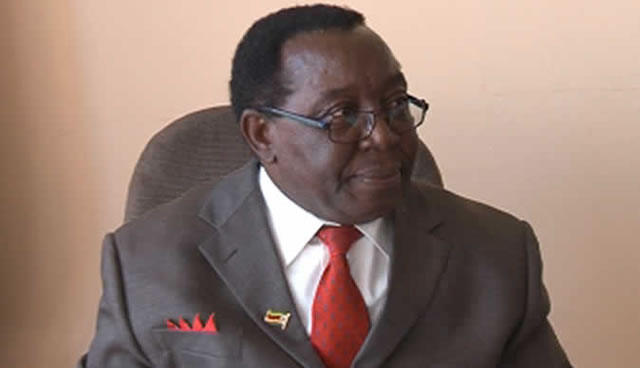 Richard Muponde, Plumtree Correspondent
THE Zanu-PF Politburo member, Cde Simon Khaya Moyo, yesterday rounded up his busy campaign schedule that he rolled out in the past few weeks by addressing two rallies at his rural home in Sanzukwi in Mangwe District and Izimnyama Business Centre in Bulilima District.

At the Sanzukwi rally Cde Moyo called on the electorate not to be hoodwinked by those claiming that there is another PF-Zapu.

Cde Moyo said Zanu-PF is a merger of two parties, PF-Zapu and Zanu-PF, which was formalised in December 1987.

“Zapu you are saying you have, which Zapu? Is it yours? It’s like samp which you say it’s your meal. PF-Zapu is Zanu-PF today. People saying we are moving out of Zanu-PF are going where?” said Cde Moyo who is Zanu-PF’s Secretary for Information and Publicity.

“Don’t listen to lies that Zapu is alive. Those are lies, Zapu is now Zanu-PF because of the Unity Accord signed between former President Robert Mugabe and the late Father Zimbabwe, Dr Joshua Nkomo.”

Addressing another rally at Izimnyama Business Centre drumming support for Bulilima West candidate in the National Assembly,  Cde Dingumuzi Phuthi, Cde Moyo said political leaders voted into power should shun corruption and work to serve those who elected them and also improve the lives of the people. He said corruption was a scourge which has affected office bearers at the top.

“Corruption should stop. The scourge started with those in higher offices and that should stop. You hear someone asking whether it’s raining? Raining during harvest season? No it’s a way of asking for a bribe. That should stop forthwith,” said Cde Moyo.

He added: “Let’s work for our people to develop so that we stop seeing our children flocking to South Africa and Botswana for menial jobs. It’s not good that our children are coming back in coffins. It’s not fair. So let’s vote for Zanu-PF so that it forms the next Government and develop our people.”

Cde Moyo paid tribute to the people of Izimnyama for their contribution to the liberation of this country as the area was a gateway to Botswana.

“People of Inzimyama, I am proud of you. You liberated this area and the country as a whole. I came back to you at the last days of our campaign because today campaigns are ending. You are a people who know where we came from, where we are and going,” said Cde Moyo.