It is over a year now since seven-year-old Tapiwa Makore left home on an errand to keep stray cattle away from his mother’s vegetable patch, and was never seen alive again.

The stars already had it that the Mokores would neither see their cherished son alive again, nor bury him intact.

Buried on March 27, 2021, after six months, without his head and other body parts, Tapiwa endured death at its most grisly.

With everything pointing to ritual murder, the serene Nyamutumbu community was left dumbfounded, distressed and in deep mourning as a dark cloud of both grief and fear engulfed them.

However, to Tapiwa’s parents, grandmother and other kinsfolk, what they now need is closure for them to be able to move forward.

The major stumbling block, they say, is inconclusive Deoxyribonucleic acid (DNA) tests, which has led them to decide to bury their beloved son’s remains without the head.

Through their lawyer, Ms Tabitha Chikeya, in March the Makore family rejected the DNA tests conducted by AIBST DNA Testing Centre and the National University of Technology, claiming that it was impossible for the head to be Tapiwa’s since it looked old, yet it was found only three days after his death.

Tapiwa’s mother, Ms Linda Munyori, told The Herald then: “It is true that we do not agree with the results. The head didn’t have a scalp and looked a bit old, resembling that of a 12 or 13-year-old child. Our child was seven years old.”

Tapiwa’s father, Mr Munyaradzi Makore (41), told The Herald at his home in Murehwa on Thursday that as a family they feel robbed of justice. 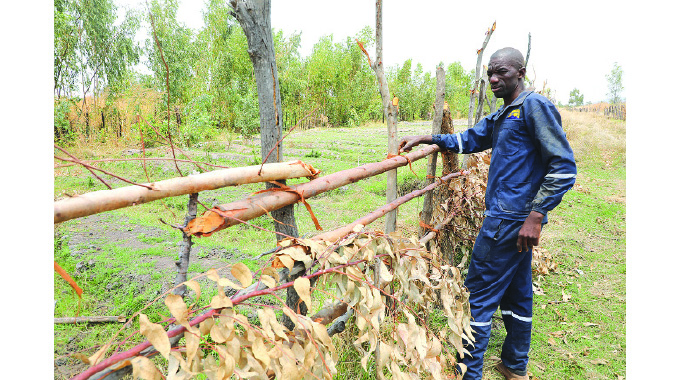 “We know that the law takes its course, but we feel that Tapiwa’s case is unnecessarily dragging on, which prompted us at one point to seek clarity from the police on why some of the accused persons were freed,” he said.

“We seek closure for us to move forward as a family. A lot is still amiss. My son was buried after six months with his head missing; suspicions run havoc in the family; the memorial service is yet to be attended to.”

With everything appearing to be hanging, Mr Makore said the only possible route to closure are conclusive DNA tests.

“We disputed the tests done locally for some reasons, although we cannot say for certain that the results were off the mark.

“Therefore, to be sure, we had to send samples to a laboratory in South Africa for DNA tests to determine whether the decomposing head found by the Police is indeed, Tapiwa’s,” said the distraught Mr Makore.

The drawback now is money as the family requires about US$4 500 to collect the test results.

Mr Makore pointed out that although a lot of people had visited them in the past, promising to help them with both money and in kind, not many have returned to make good on their pledges.

Without closure, Tapiwa’s gruesome murder reels out over and over again in his mind to such an extent that he now requires professional counselling.

“We are divided as a family since some of our own have been implicated in Tapiwa’s murder.

“The law seems to be taking forever to solve the case. So, maybe if the impending DNA test results prove that, indeed, the head is my son’s, then the best it is for the family, because some members who could have been wrongly accused may be exonerated, and life returns to normal,” said Mr Makore.

He regretted that he has so far lost more than US$500 to charlatans claiming to have the bearings that might lead to his late son’s missing head.

The late Tapiwa’s teary grandmother, Mrs Alice Makore (73), expressed the similar sentiments, saying Tapiwa’s untimely death, in such a cruel manner, was a continuous stabbing spear in her heart. 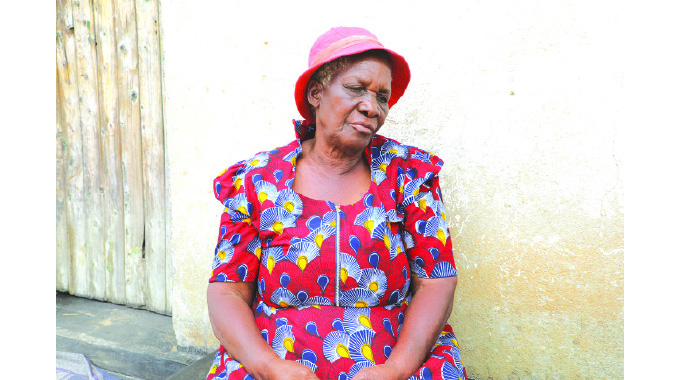 Though Tapiwa may be at peace now, a stone’s throw away from her granny’s homestead, among his departed kin: great-uncle, and two cousins in the family’s fenced graveyard, the old lady’s pain refuses to ebb.

Notwithstanding her gratitude to The Herald crew’s surprise visit, which she said would give the family a vent to air their views, Mrs Makore expressed dismay at the way people, including journalists, would come and promise them plenty of roses and never deliver them.

“Tapiwa, who was his father’s second child, was a respectful and loving child. Every Friday after school, he would come and stay with me here. He would never miss an opportunity to pass through here on his way to the garden just to see me,” Mrs Makore said.

“Since the day he was abducted and subsequently murdered, I have known only heartache. I just can’t let go. I look at his grave, which is only a gaze away, every day, and I wilt inside.

“What pains me most is that those suspected to have lured my grandson to his alleged killers, are back in the community. We see them walking around freely as if nothing happened.

She said she felt the law appeared to be dithering on bringing the suspected ritual killers to book.

“Now, as a family, we are wondering which case should attract the authorities’ urgent condemnation. Also, what really constitutes apprehension of offenders if some cases are not given the attention they deserve?

“We know that those accused of stock theft, even around here, are immediately arrested, their cases urgently tried, and in no time they will be jailed. Why then should murder suspects be allowed to roam the villages freely? How are we expected to live with such people in harmony?” she quipped.

Mrs Makore appealed to well-wishers and the Government to assist them through DNA tests. She underscored that expediting the case would help them find closure. Even if those behind Tapiwa’s murder are relatives, they should be tried in courts of law, so that the slain boy’s spirit and his family are afforded peace.

Ms Learnmore Kimbini (22), Tapiwa’s aunt, weighed in, saying without closure, the wound remains fresh. She said in her view both the law and natural justice do not appear to be in their favour. 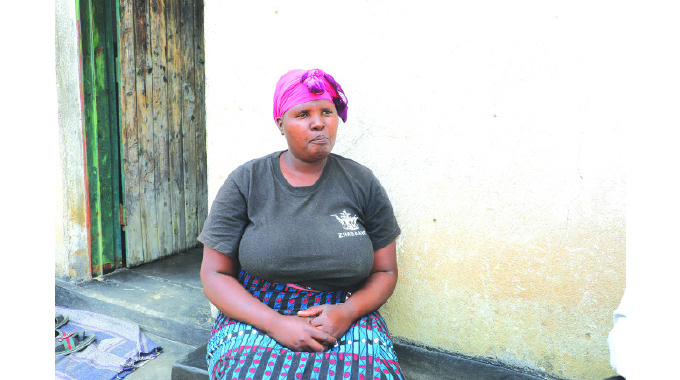 “As Tapiwa’s mother, I feel that this case has gone on for too long. It is difficult to accept that Tapiwa was buried with his head missing, which to us is a taboo. Also, some of the suspected perpetrators walk the length and breadth of the community freely and unperturbed,” she said.

Zimbabweans, and global citizens at large, woke up to the heart-wrenching suspected ritual murder story one September morning last year.

On the fateful morning of September 17, 2020, like a gift from God that he was, the bubbly boy tucked his tiny feet into his shoes, grabbed the parcel containing the food that his dear mummy prepared for him, and off he went on the daily expedition to keep stray cattle off his mother garden.

Like millions of other pupils across the country, particularly his Grade One peers at Nyamutumbu Primary School in Murehwa under the domain of Chief Mangwende, Tapiwa was looking forward to the reopening of schools, after a six-month Covid-19-induced hiatus, putting an to end their daily routine of playing house, horseplay and hopscotch, in-between assignments from their parents.

With the morning at its height, young Tapiwa took the path that led to his grandmother’s house to the north of their homestead in Nyamutumbu Village, with Chemhuru Mountain only a stare to the northeast.

Remembering that he might have left something at home—something that he could not put a name to—he retraced his footprints back.

Then, he left Mavanze and Matsvori mountain ranges behind him as he headed north, past his aunt’s homestead, with his granny’s to the right towards the vale that houses the community’s gardens, his mother’s among them.

The less than fifteen-minute walk saw Tapiwa at the opening between the crisscrossed logs used as an entrance to his family’s vegetable patch. At this point, fate knows how he removed his pair of shoes and put the parcel containing the food his mummy prepared for him, in the full glare of the September sun.

Besides the all-seeing bird, the hornbill, other probable witnesses to the mystery of the shoes and unopened pack of food, are the mountains Chavakadzi to the northwest, Chemhuru to the northeast, Chemazizi to the southwest and Mavanze to the east.

These are the items that the boy’s parents met when they followed him around 3pm to relieve him, as was the norm. No one knows what Tapiwa went through, and how the Grim Reaper tore through his fragile heart to ‘reap’ his soul. But all else pointed to murder most foul.

Last month, one of the suspects in the murder case, Tapiwa Makore Senior, was denied bail by Justice Gladys Mhuri pending trial by the High Court.

Justice Mhuri said there was a likelihood that Makore would abscond as he was facing a serious offence.

Makore was arrested last year in connection with Tapiwa’s abduction and murder, alongside his herdsman, Tafadzwa Shamba, his twin-brother Thanks and Maud Hunidzarira.

Thanks Makore and Hunidzarira are out on bail, while Tapiwa Makore and Shamba are in custody.