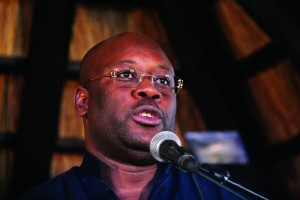 ZIMBABWE’S small-scale and artisanal gold miners have for the first time in more than 10 years, emerged as the cornerstone of the sector after smashing production records, producing and delivering more gold than large-scale mining houses, statistics have showed.
The country’s primary producers yielded 24,8 tonnes of gold in 2017, according to official data. The sector has recovered from its three tonne nadir recorded at the height of Zimbabwe’s economic crisis in 2008, but is still short of the 27,1 tonne peak reached in 1999.

Government has supported the artisanal miners who have increased use of improved mineral processing technology through a $40 million gold development facility by the central bank, targeting 179 small-scale miners.

There are over 4 000 recorded gold deposits in Zimbabwe but currently about 40 percent of these are being commercially worked on, according to official data The Financial Gazette obtained from the Ministry of Mines and Mining Development last week.

More than 90 percent of gold deposits in Zimbabwe are found in the Gemstone Belts. Mehluleli Dube, head of gold production at Fidelity Printers and refiners, told The Financial Gazette last week that during the year to December 31, 2017, gold output stood at 24,8 tonnes with the bulk of the yellow metal having been delivered by small miners.

He disclosed that large scale mining companies produced and delivered 11,6 tonnes of gold between January and December 2017, while small-scale producers, who are widely considered as invaders, criminals, chaotic and disorganised, delivered 13,2 tonnes of gold during the
period.

The Chamber of Mines of Zimbabwe (CoMZ) said the significant rise in small mining outfits, which do not get the respect and recognition they probably deserve, saw the sector contributing 47 percent of the country’s total gold output compared to 46 percent contributed by large gold mining companies last year. Secondary producers, such as platinum group metal miners, accounted for the balance. In 2016, small-scale and artisanal gold producers contributed 40 percent to the country’s total gold output while during the same period, primary producers or the large-scale mining companies accounted for 55 percent of total gold output. Gold has remained the dominant mineral in the country, accounting for about 40 percent of mineral exports.

“For the first time in more than a decade, the country’s small-scale producers’ contribution to total gold output at 47 percent in 2017 (up from 40 percent in 2016), surpassed that of large-scale gold producers, which accounted for 46 percent, down from 55 percent in 2016,” CoMZ said.

Although there are no official statistics, estimates suggest that smallscale gold mining in Zimbabwe control more than 60 percent of active gold deposits in the country, with more than one million people involved in small-scale and artisanal mining in the sub-sector.

Consequently, the Reserve Bank of Zimbabwe (RBZ), recognising the pivotal role played by small-scale mining in Zimbabwe, has embarked on a project to enhance the capacity and productivity of the subsector in various ways.

With very few exceptions, a considerable number of small-scale miners have been engaged in a complex and arduous task of exploiting the yellow metal using outdated and inefficient equipment, which is labour-intensive.

Makoni told The Financial Gazette this week: “One of the prime reasons is that the RBZ and Fidelity recognised the potential that the small-scale miners have and came up with facilities they rolled out supporting the sub-sector.

“One of the reasons behind the increase in production by small-scale miners was that government realised the potential small miners and injected funds into the sub-sector, resulting in the players having better and efficient mining equipment.

“The other is that there was improvement in ease of doing business because organisations such as the Environment Management Agency (EMA) relaxed on its charges, which was a motivation to small-scale miners,” Takavarasha said.

Some small-scale gold miners in Mberengwa district in the Midlands Province, one of the strongholds of small-scale and artisanal mining, last month told The Financial Gazette that significant amounts of gold are still being traded on the black market or smuggled out of the country.
“In other markets, we fetch a higher price than what we get from Fidelity Printers and Refiners and there are no stringent conditions to be met in these other markets.

“What we want is for us to sell our gold in the cheapest possible way,” one miner who owns a small claim in Mberengwa told The Financial Gazette over the festive season holiday. Most large-scale gold producers have been struggling and are in a precarious position, with operators living on the margins.

The miners are under pressure to cut costs as they try to respond to high operating costs, high fiscal charges, shortages and high cost of electricity, capital shortages and foreign payment challenges, among many others.

One of the major gold producers in the country, Falcon Gold Zimbabwe, a fortnight ago released its financial statement for the 12 months to September 30, 2017, showing that the Zimbabwe Stock Exchange listed resources concern remained in the red.

It recently sold one of its subsidiaries Dalny Mine to RioZim for $4,1 million.
Net operating loss for the group widened to $5,2 million during the period under review, compared to $2,7 million in 2016.

The group is essentially insolvent with total liabilities at$8,4 million.