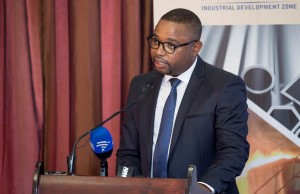 A DELEGATION from South Korean firms, Dong Ah Construction Industrial Company, Korean Engineering and Construction Group (Kenca) and Trapeace Holdings is in the country to explore water, roads and energy projects worth over a billion dollars.

The South Korean firms’ foray into Zimbabwe is in partnership with the Diaspora Infrastructure Development Group (DIDG), a grouping of over 1 000 non-resident Zimbabwean professionals targeting infrastructure investments in the country.

DIDG has partnered Transnet in a joint venture that won the $400 million tender to recapitalise the National Railways of Zimbabwe.

Its areas of focus include roads and bridges, harbours, tunnels and subways, water supply and drainage projects as well as architectural projects, such as general buildings and housing construction.
Dong Ah’s energy portfolio includes nuclear and thermal power plants.

“As DIDG, we are following through on our strategy of converting our global partnerships and networks to focus on investing into specific infrastructure projects in Zimbabwe,” Chimhandamba said.
“Our partnership with the South Koreans was established quite a while ago, but now we are actively acting on our partnership agenda. There are more than 1 000 members in the DIDG’s Diaspora professional formation. You can imagine with such a global professional Diaspora network, the funding and skills resources we call pull into our infrastructure development agenda.”

He said the investors would also be looking at water treatment, distribution, metering, billing and collection on a concession basis for some Zimbabwean municipalities.

In energy, they would also consider exploiting the coal-bed methane in the western region of the country.