So far, no pay-off for Zimbabwe

Source: So far, no pay-off for Zimbabwe – Business Live

Zimbabweans have not yet seen the full benefit of the new currency introduced earlier this year. The parallel forex market, on the other hand, seems to be thriving 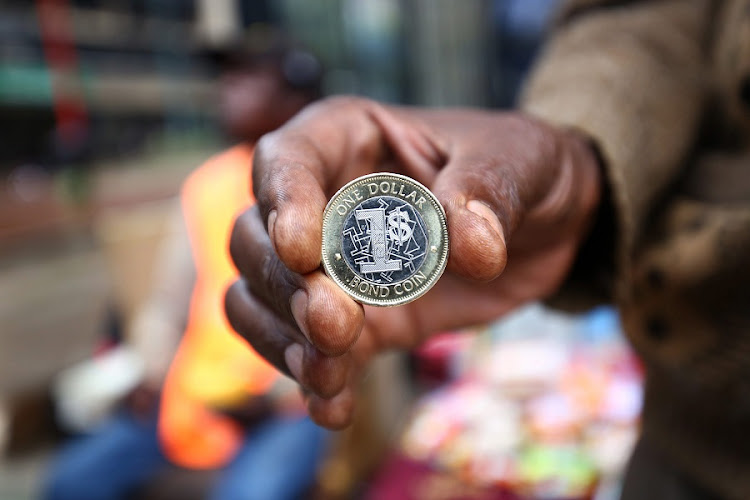 Much optimism greeted Zimbabwe Reserve Bank governor John Mangudya’s announcement last month that the bank would be abandoning its fixed exchange rate and policy of parity between the local currency and the US dollar. Instead, it would move to a managed interbank floating system on a willing-buyer, willing-seller basis.

The move was hailed as a step in the right direction for the beleaguered economy. Immediately after Mangudya’s announcement Harare-based economist Ashok Chakravarti praised the governor and predicted the imminent demise of the parallel foreign exchange market.

But a month on, Mangudya’s move has yet to yield any meaningful benefits, and the optimism has faded. If anything, it has become clear that the central bank is reluctant to really free the exchange rate. And there are fears that the bank will again arbitrarily raid foreign exchange accounts to pay for imports (it admitted to taking millions of dollars from foreign currency accounts prior to the adoption of the dollar in 2009). Such a move would further worsen the currency situation.

Already, a businessman, speaking on condition of anonymity, says he’s been hit with unusually stringent requirements when trying to withdraw money from his foreign currency account.

In the past month, the official exchange rate has barely moved on the interbank market, despite total forex receipts amounting to about $600m in January. And, problematically, it is still miles from the parallel-market rate. As a result, trades on the official forex market have been limited, with exporters holding on to their hard currency.

The central bank itself has not been too thrilled by recent developments. Two weeks ago Mangudya said exporters risk losing their forex if they do not utilise the currency within a month. It was a marked departure from the willing-buyer, willing-seller policy he punted just a few weeks earlier. If exporters fail to sell their currency within 30 days, they will be paid out in local currency at a rate not reflective of the fair value of the unit.

According to bankers, it is the forex supply side that is proving problematic. ZB Financial Holdings CEO Ron Mutandagayi says that though appetite is strong for buying, it is limited on the sell side. “We expect the sell side to pick up once exporters begin to surrender their proceeds after the expiration of the 30-day period,” he says.

This could trigger a rush to use foreign exchange balances to avoid selling at below-market rates, analysts say.

Bankers say the central bank has to allow the market to decide the exchange rate, given that it is reluctant to go for a wholesale devaluation of the currency. At present the central bank plays a major role in determining the rate. While it wants to devalue the currency and undermine the parallel market, it seems hesitant for fear of unintended consequences, such as a return to unrest.

“It’s a big headache for the central bank. The question is whether to devalue the exchange rate in line with the parallel market and how soon [the bank] can do it. It would like to do it in phases before getting to the parallel market rates,” a banker told the FMlast week, on condition of anonymity. “These decisions are mostly 60% political and 40% economic.”

The exchange-rate problem is not the central bank’s only major headache: inflation is proving as big a challenge.

Annual inflation to February was up 2.49% to 59.39%, while inflation for food and nonalcoholic beverages, which is prone to transitory shocks, was at 69.84%. Month-on-month inflation tumbled to 1.7%, from 10.8% in January. But no-one is celebrating that slowdown: there are concerns the government could be tweaking the numbers, after finance minister Mthuli Ncube said last month that Zimstat, the government-run statistics body, was using the wrong basket for its consumer price index (CPI) calculations. It’s not clear whether Zimstat has changed its CPI sample basket at the behest of the minister and whether this accounts for the drop-off in inflation.

Either way, workers are bearing the brunt of the poor economic climate. A weakening local currency and a glut of electronic money has triggered inflation, which has largely been in check since Zimbabwe adopted the US dollar in 2009. This has eroded workers’ purchasing power at an alarming rate.

The country’s low manufacturing capacity also means the bulk of goods are imported, a situation that has occasioned a wave of price increases as retailers pass costs on to consumers or risk stock-outs.

Ezra Ngirazi, a general hand in Harare, complains that his income has not kept pace with the soaring prices of goods. “My salary has remained stagnant at RTGS$150 [about $40 a month] and prices are rising. I continue to work notwithstanding,” he says.

Ngirazi is far from alone in his plight — more and more, workers are demanding higher salaries. But as the economy struggles to pull back from the brink, employers themselves are mostly not in a position to accommodate these demands.