So far, signs not pointing to investor interest 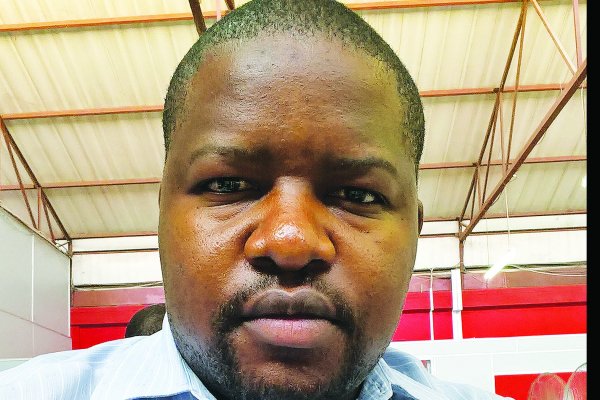 A quick search done on Zimbabwe on the Google search engine yesterday in the morning under the news section, before scrolling down the page, gave eight stories on the country, with five being negative.

Therefore, if a foreign investor did a simple web search of the country today, the news they would be met with, would mostly be negative.

The negative stories are as a result of the current election dispute over the presidential elections held on July 30 that is before the Constitutional Court (ConCourt). The dispute was lodged at the ConCourt by MDC Alliance presidential candidate Nelson Chamisa, who claims that he won the election, but his rival President-elect Emmerson Mnangagwa was declared winner.

The negative stories also stem from the series of events that have taken place since election day.

These include seven confirmed deaths, beatings, abductions, burning of opposition homes by suspected ruling party members, including antagonising journalists, which are among many alleged human rights crimes that are being committed by the Zanu PF regime.

As a result, foreign-based journalists are already starting to report on some of these negative experiences on platforms widely read by foreign investors.

One such foreign-based journalist reporting on events that have transpired includes Joseph Cotterill whose articles appear in the United Kingdom-based global newspaper, the Financial Times.

On Cotterill’s Twitter handle, in a post dated August 3 that has since gone viral which was up two days after the military unleashed a deadly civilian crackdown leaving seven dead, he narrated his own harrowing experience and the negative implications it meant.

“On Wednesday (August 1), I had a soldier raise his AK at me and threaten to shoot, on Friday a riot policeman moved to shove me with his shield. In sum, I’m sensing you’d be absolutely [expletive] crazy to come and invest here (Zimbabwe). It’s just a hunch,” he posted.

He later followed that tweet with another one where he said: “A quick response to some reaction: You cannot order investors to come to Zimbabwe. They’re not bringing tribute. They need to see not just a return, but that they could get any of their money back, not be detained, so on. Out of control security forces are a huge red flag”.

These posts were followed by an article written by Cotterill in the Financial Times titled: Zimbabwe’s post-election crackdown scuppers investment hopes dated August 12, wherein the first few paragraphs would scare away any would-be investor.

“Emmerson Mnangagwa hoped that the days after winning Zimbabwe’s first election without former President Robert Mugabe would be full of promises of investment and International Monetary Fund (IMF) loans to fix a broken economy. But a ferocious crackdown in the wake of last month’s disputed poll has shattered those illusions,” he wrote.

“Ever since soldiers fired at demonstrators claiming the July 30 poll was rigged, Mnangagwa has moved further away from reopening Zimbabwe to the world than at any time since he replaced Mugabe, who was overthrown in a coup last year.”

Considering that the Financial Times is one of several respected international papers that investors look up to, such comments have the effect of chasing away investors as they normally seek stability before committing their money to any particular country.

Worst of all, the events being reported by Cotterill are all true.

In another interview done on Sunday which internationally-recognised freelance journalist Georgina Godwin had with human rights, African affairs and executive director of Vanguard Africa Jeffrey Smith, the latter pointed out how the current government contributed to the systematic decay of the country.

“Many people talk about the plundering and the looting, human rights abuses that took place under Mugabe’s rule. He was not alone in that. While the regime talks about Zimbabwe being open for business, this is the same group of people that systematically destroyed Zimbabwe’s economy over nearly 40 years,” Smith said.

“Mnangagwa (President Emmerson Mnangagwa) in particular and his allies have enriched themselves for decades by seizing farms, mines, businesses, losing reportedly $15 billion in missing diamond revenue. So the notion that somehow, these people are suddenly reformers or overnight democrats who can engineer a recovery I think is a farce of grand proportions.”

For any investor listening to such interviews from respected foreign-based journalists, this does not inspire any confidence in coming and putting money in the country.

“The number of foreigners and investors eager to invest and who have called and emailed today wanting updates, they just want whatever is happening in #Zimbabwe to end so they come and invest. Politicians’ personal interests aside, most people here just want jobs and the economy to recover,” she said.

If the perception of investing in the country continues to remain negative, this will hamper the current government’s ability to get investment as it has mostly been receiving investment commitments since November 2017.

“I think what we can avail to you is in terms of commitments, in terms of what we have licensed because with actual, as you know, it does not just happen overnight so we can only get to know what has happened over some time when we do follow ups. So, I would not have the actual information regarding the actual investments that have taken place since January. The actual money that has come in, we do not have that information,” Zimbabwe Investment Authority chief executive officer Richard Mubaiwa said a few days before the elections.

What this means is that investors may not be able to get their investment out as the US government sanctions could extend to institutions, banks or businesses that have dealings with the current sanctioned individuals or businesses.

Further, the sanctions also mean that the US will not render assistance to government from international financial institutions unless it meets having ‘free, fair and credible’ conditions, which is far from what this election has been.

Why government needs the investment relief is due to the fact that the country has a debt of $13 billion and needs to clear this amount before borrowing fresh capital.

If government is to have any chances of unlocking investment it must, as a matter of urgency, address the concerns made by western international community who have significant sway in international financial decisions.