Something new from Africa? Our decade to shape the African century

The 21st century will be the African century: African cities and youth populations are exploding! The climate crisis threatens the continent. Africa stands at a pivotal point in its history – the choices African’s make in the next decade will shape the nature of the African century and influence the wider world.

Source: Something new from Africa? Our decade to shape the African century – The Zimbabwean 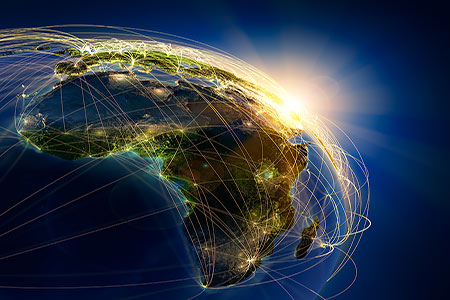 The 21st century will be the African century: African cities and youth populations are exploding! The climate crisis threatens the continent. Africa stands at a pivotal point in its history – the choices African’s make in the next decade will shape the nature of the African century and influence the wider world.

According to the newly released report, Abundant Africa: Our decade to shape the African century:

“Africa has around 10 years to build the right foundations to secure our future. To release, not stifle, the growth of youthful energy and creativity, so its growing youth demographic has a positive impact; to co-create lifegiving ways to build our growing cities; and to mitigate the worst effects of the climate crisis. Africa is uniquely prepared to pioneer something new: an Abundant African economy that reduces poverty and inequality, honours human dignity, and nurtures the environment. This could be an economy that will lead and bless the world. To make this kairos choice, we first need a new African story”

At the heart of the Abundant Africa report is a call to tell a new African story that places power and agency with all the people of Africa. A movement of a million prophets and storytellers, aligned around common values, who will share a vision and way to walk together. The report explores how these common African values could lead to the development of a unique economy of life that could ultimately disrupt the dominant global economies. These economies exploit people and the environment, by being based on endless growth and consumption

The report was developed by a coalition of 16 African church and development organisations and attempts to bring together a multitude of voices to start to envision the church’s role in creating an Abundant Africa. The report is just the start of the conversation and aims to draw in many other voices to enlarge and deepen the vision with their contributions.

The report goes into some detail envisioning ways that the church can catalyse and work within a broader African movement for change. It also proposes seven shifts, with policy and project suggestions for action, that if realised could see Africa move towards wellbeing for all its citizens and the environment.

The Abundant Africa publishing partners hope that many others will join them as together we all nurture the green shoots of hope we see emerging around us, to bring us closer to an Abundant Africa. Download the report and connect with the Abundant Africa movement on www.abundant.africa.

Message Abundant Africa on WhatsApp +27660834189 or click on https://wa.me/message/UKVHRV7YMDKQN1