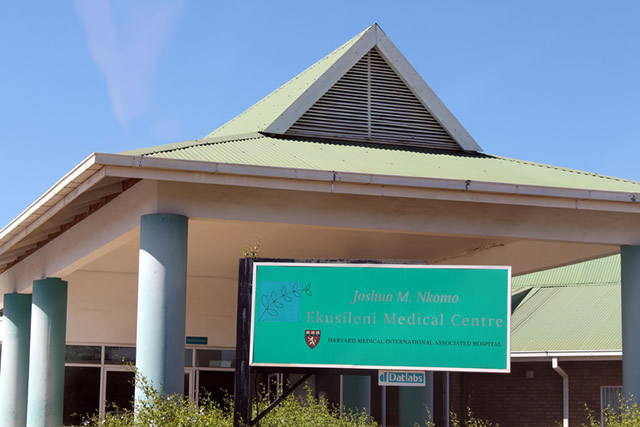 EKUSILENI Medical Centre, the brainchild of the late Vice-President Joshua Nkomo, was set to undergo final inspection yesterday by medical and health regulatory bodies to ascertain its preparedness for reopening.

The hospital, which has become a white elephant, was initially set to be officially opened in May for admission of COVID-19 patients together with the council-run Thorngrove Infectious Disease Hospital.

Since 2020, it has undergone different rehabilitation works.

Thorngrove Hospital, however, opened its doors to the public in January as a 28-bedding facility.

The opening of Ekusileni would have seen Bulawayo having four COVID-19 treatment facilities, the others being the Catholic-run Mater Dei, United Bulawayo Hospitals (UBH) Old Bartley Memorial Block (BMB) and Thorngrove.

BMB was opened in December last year, but Ekusileni remains closed at a time when COVID-19 hospital admissions have spiralled in Bulawayo.

“A lot has been done and we are expecting a team of inspectors today (yesterday). If we are given a go-ahead, we will reopen Ekusileni with a 15-bed facility,” Dube said.

“Logistical issues of operations are being sorted, I mean the daily operation needs like drugs, personal protective equipment, food for patients, or generally an operational budget and we are good to go. There are certain standards we have to meet, hence the inspection.”

Ekusileni’s reopening has suffered countless false starts since its closure in 2004 after it emerged that it had outdated machinery and
equipment.

Even the outbreak of COVID-19 and various fundraising initiatives by the State and non-State actors have been of little help in speeding up the opening of the facility, which is owned by the National Social Security Authority.

Due to funding constraints, the bedding capacity at Ekusileni has been reduced to 15 from the initial 50.