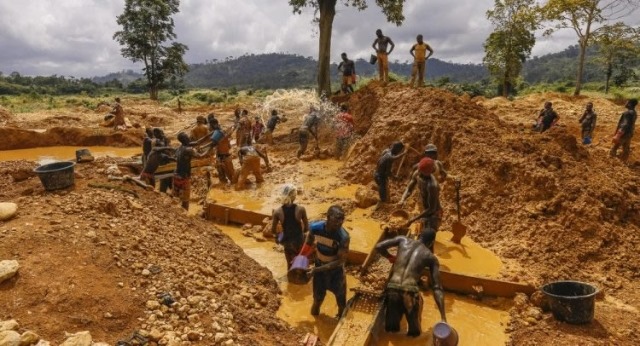 ARTISANAL miners have been warned to stop mining activities during the rainy season to avoid possible mine collapses because of the wet ground.

“The rains have made mining shafts and pillars in unregulated mining operations weak, hence putting the lives of miners at risk. We would like to urge those in the small-scale and artisanal mining sectors to at least halt their operations temporarily until the rains have subsided.  This is one of the most dangerous seasons for small-scale and artisanal miners as we have seen lives being lost during this season,” the Zimbabwe Diamond and Allied Mineral Workers Union (Zidamwu) secretary-general Justice Chinhema said.

“Most small-scale miners have not invested in developing their mines and putting in place some safety measures thereby putting lives at risk. As a union we take note of the message coming from the Zimbabwe Miners Federation (ZMF) encouraging small-scale and artisanal miners to put safety first.”

ZMF recently said efforts were underway to raise awareness among small-scale miners against going under-ground as various parts of the country continued to receive high rains.

Chinhema said small-scale and artisanal miners were the major contributors to the gold mining sector in the country, hence the need for their formalisation and provision of equipment support.

In 2020, six miners were trapped in a mine shaft at Matshetshe Mine in Esigodini due to weak soils caused by the rains, while several other incidents of mine collapse were recorded throughout the country last year.