Stop the double standards – if Linda Masarira was allowed into Parliament, every 2014 Congress delegate must be allowed at Extra Ordinary

Source: Stop the double standards – if Linda Masarira was allowed into Parliament, every 2014 Congress delegate must be allowed at Extra Ordinary – The Zimbabwean 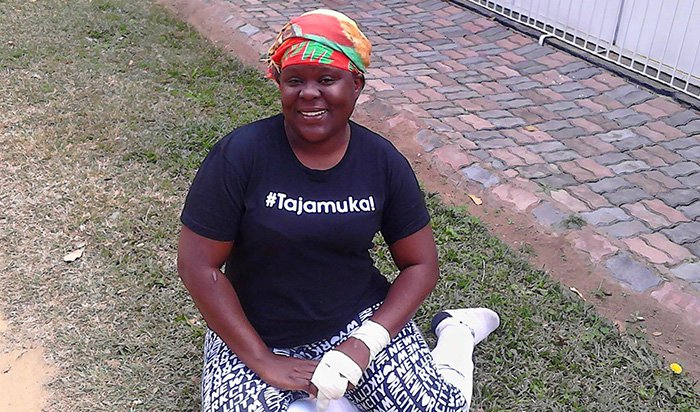 Reading the WhatsApp “National Council” resolutions of the faction of the MDC led by Dr. Khupe, one gets the impression that the outfit has realised that all the people who are part of the 2014 MDC-T structures are entitled to participate at the Extra-Ordinary Congress of the  MDC as recommended by the Supreme Court. Some reports in circulation state that “The party has summoned its 2014 provincial structures to inspect the voters roll”.

However, I am aware that it is likely that Dr. Khupe’s faction will likely want to exclude the people who has “expelled” from the MDC-T 2014 from participating in the process. Some of the people the faction may want to exclude are those who it claims have expelled themselves from the party by making statements against the reinstated leadership. Interestingly, one person who several statements against the reinstated leadership is non-other than Comrade Linda Masarire, who, despite calling Dr. Khupe to order on several occasions, was rewarded with a Parliamentary Seat. As reported in 263 chat of 31 August 2020, Masarira again warned Dr. Khupe against her wish to take the proportional representation parliamentary seat. It would appear Masarire was eventually bribed into silence by being offered a parliamentary seat herself.

The point here is, while Linda, who was supposedly corruptly bribed into silence, even though she had confirmed herself to be a leader of her own party well after the Supreme Court judgement, she has been allowed into the inner circle, while others who have similarly raised issues are banished from participating at the Extra-Ordinary Congress. Where are the principles, where is the fairness? After all, it wasn’t the mandate of the reinstated acting leadership to expel members of the 2014 MDC-T structures, all of whom should have been involved in the nomination process for the presidential candidates as provided in the constitution.

Another double standard is that, while Senator Mwonzora is accused of replacing “expelled” members of the 2014 structures, the faction has replaced the 2014 Standing Committee among other party structures. So it’s okay when they replace the standing committee, but it’s not okay when Douglas Mwonzora makes replacements for members they all agree they have expelled from the party? And Abednico Bhebhe was expelled for voicing concerns at the shortcomings of the faction?

This is not on. I am sure those who were in the 2014 structures who have been disenfranchised while Linda Masarira is allowed into Parliament despite leading the political party called Lead many months after the Supreme Court judgement was passed will argue their cases in court.

The mandate given by the Supreme Court was to organise an Extra Ordinary Congress, not to expel members who at some point may not have been interested in participating. Every 2014 members should have been involved at every stage, and if they made a choice not to participate, that choice was their own decision.