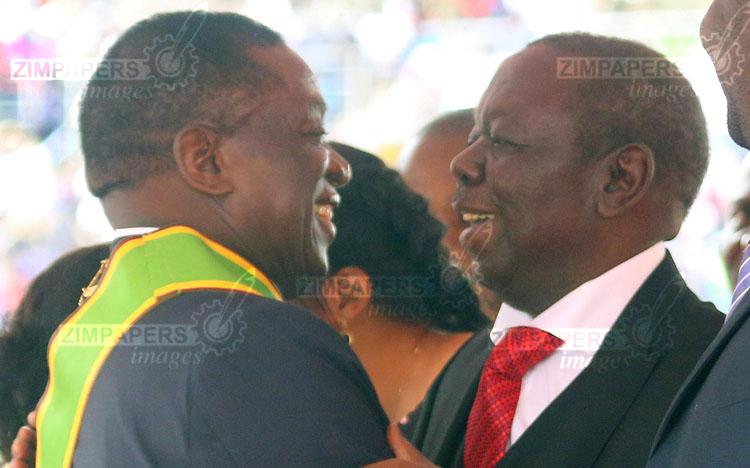 By Tinashe Eric Muzamhindo | The sanction mantra song is an old song please try another one with Zimbabwe being number 3 in Africa in terms of literacy people should never take this generation for granted, those who are singing this song must try another version this one is out of fashion. I get so disturbed when I see bootlickers and activists stooping so low and going to the level of below the belt, to just please their own masters instead of giving the President very good sound advice. Bootlicking has killed our politics, to an extent that people fail to see the root problem of our economic challenges and polarization of our politics. 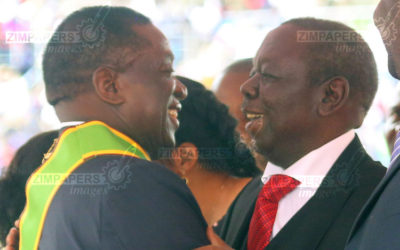 I’m going to address issues that have affected our politics and bootlickers will struggle to finish this article because we don’t share the same ideologies. Most tapinda tapinda crew will continue with praise worship of bootlicking leaders instead of giving ED the good and sound advice to restore legitimacy in our country. Honestly how can one address a sitting President as cremora, instead of giving critical analysis on good policies that can shape our economy someone refers to a sitting President as one in charge of the throne, we can’t go this far with blasphemy. We can add on and on but the list is there, we must stop bootlicking and address the root problem of our national politics. As we speak some have already started TSVANGIRAI CHETE CHETE, and MNANGAGWA CHETE CHETE, this is not the language for national building. Leaders should be accountable for everything, leave a space and room for criticism. Each time when we fail to achieve our economic gains we rush to say its sanctions.

US TRIP
There was nothing wrong with Tendai Biti, Nelson Chamisa and Ngarivhume going to USA. What they went for is none of our business. Chamisa and Biti are just human beings like us they have the right to go and do whatever business they want overseas. For your information Biti or Chamisa neither Ngarivhume is not the Head of State. We are in a democratic state where opposition, civic society and academics should be given room and space to air their views. There is nothing wrong with meeting President Mnangagwa, or Morgan Tsvangirai, we are living in a modern era where politics is characterized with maturity and dignity and people must have freedom to associate themselves with whomever they want. So for now this sanction mantra is an old song let’s try another one. I listened to Biti’s speech and Chamisa it was quite sound, informative, progressive and in fact they were just trying to set the record straight that if following things are not accomplished then funding will be difficult to access, which I feel it is their right to set their conditions, and if you remember very well MDC is simply doing their job by setting conditions for free and fair elections. If 2018 elections are not credible then we are going back to square one.
LEGITIMACY
One challenge we are facing as a nation is legitimacy. Everyone knows Zimbabwe; everyone knows our politics at international level there is nothing new. Look at ANC their congress, very smart, they did it fairly and leaders were elected through secret ballot and people elected their leaders of their own choice. Soon after Ramaphosa was elected as ANC leader, the rand gained which shows our economy has nothing to with sanctions its simple mathematics, restore legitimacy and you will receive strong and powerful economic gains. I’m looking forward to one day when Zanu PF and MDC T will have an elective congress in their respective institutions, I would congratulate them. This song of endorsements should be done away with; leaders should be elected through a major exercise of “secret ballot”.

CORRUPTION IS THE BEST SANCTIONS FOR ZIMBABWE

How many billions have been looted in this country? Where are the looters? How much money has gone to the treasury from diamonds proceeds? So what sanctions are we talking about? Where is the money from toll gates? Where is the money from platinum? Where the money from gold proceeds from Zvishawane and Midlands? Where is the money from precious minerals such as gold, chrome, copper and other minerals? Where is the money from police road blocks from 2013 till date? Let’s go to eastern leafy suburbs and see houses that have been built there and compare with the song of sanctions from these bootlickers? Our economic problems have nothing to do with sanctions but corruption is the root of our problems. Look at Jonathan Moyo himself he swindled ZIMDEF 400 000 USD, look at Kasukuwere, his mansion that he built, where did he get the money to build such a house? We need to wake up as Zimbabweans and address issues as they are than to continue with bootlicking.

LETS FIX THE ECONOMY AND STAY AWAY FROM BOOTLICKERS

If there is one advice I want to give His Excellency President Mnangagwa is to ensure that he should do away with bootlickers and activists who just want to fill their stomachs with kachasu and mupeta instead of bringing policy makers, business community and people who are constructive closer to him. Bootlickers are the ones who destroyed Mugabe. The very same people who endorsed the expulsion of Mnangagwa are the very same people who brought him back and endorsed him and there is a very big question mark. Mr President please stay away from those people who are concerned with their stomachs only. We need people who are very constructive with good and sound advice to take this nation forward.

WHAT BROUGHT SANCTIONS? AND WHAT CAN REMOVE SANCTIONS?

Sanctions were brought with the reality that was on the ground. I remember there are people who disappeared in this country whose whereabouts are not even known up to date, so my question is how do you want the international community to react to such situations? Where is Itai Dzamara? In June 2008 more than 500 supporters and activists were killed, and should the international community keep quiet? During the Murambatsvina thousands of people were left homeless, and even moreover we have more than 300 white farmers whose farms and properties were grabbed without a single compensation. So let by gone be bygones but for now I think it is very important for the President to walk the talk. Simple mathematics, implement reforms, address human rights issues, redirect expenditure and engage the public then you will see billions of dollars coming to Zimbabwe.

Tinashe Eric Muzamhindo writes in his personal capacity as the Head of Southern Institute of Policy Analysis and Research – SIPAR TRUST, which is responsible for policy analysis and research. He is also an academic and researcher. He holds a BA, MA from Solusi University, and he also holds a Masters of Development Studies from University of Lusaka, Zambia. He is currently enrolled at University of KwaZulu Natal University in South Africa (PHD in Development Studies). He is also an adviser to many financial and political institutions within and outside Zimbabwe. He can be contacted at southerninstitutepar­@gmail.com