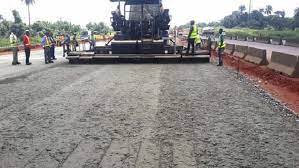 The multi-million-dollar government funded Emergency Road Rehabilitation Programme (ERRP) in Chiredzi is now mired in controversy after it emerged that tenders were allegedly awarded without due diligence.

One of the companies that clinched the tender to fix the drainage system has a questionable background, it has emerged.

Trade Code Investments is accused of doing sub-standard work after clinching the tender.

Work on 110 metres of the 150-metre project is said to be of poor quality in both the materials used and workmanship.

Trade Code and Ablixon Investment are working on the drainage system.

Ablixon only delivered a small pile of concrete stones before allegedly disappearing.  It could not be established where it is operating from or its directors.

Trade Code Investment has not finished constructing a laboratory at Chiredzi Government High School after it won a US$300 000 tender to construct the building six years ago.

The science laboratory has been a white elephant since then.

“I can confirm that there is an impasse between the school and the contractor; but you can talk to the PED. She will give the ministry’s position,” Nyangwe said.

“I am not allowed to talk to the press.”

However, the PED could not be reached for comment as her mobile phone went unanswered.

Investigations revealed that the Judicial Service Commission (JSC) is constructing a new court building next to another existing one which was commissioned in 2016, and is hardly five years old.

The project, which was funded by Plan International was led by Trade Code Investments.

JSC secretary Walter Chikwana could neither deny nor confirm that the building was sub-standard, but only said it was a temporary court.

Chikwana said Tongaat Hulett partnered the JSC this time around and undertook to sponsor the rehabilitation of the court premises.

He said construction would be supervised by the district chief architect from the Local Government and Public Works ministry.

“All I can say is that (building) was a temporary court because it has prefabricated walls. Plan International just offered to construct the court for us,” Chikwana said.

“The refurbishment of the court is in line with the JSC’s quest to ensure access to justice for all.”

“The Triangle circuit court will then be converted into a fully-fledged resident magistrates court to ensure the expeditious completion of cases in the Lowveld.”

Plan International spokesperson Sibusisiwe Ndhlovu requested for time to check if the building they funded was a temporary structure.

Trade Code was also blacklisted from doing business with Tongaat Hulett after it was contracted to ferry manure given for free to Tongaat by a reputable Chiredzi based abattoir.

The company allegedly connived with Tongaat employees to bill the company for both transport and the free manure.

“I did not get much from constructing that laboratory,” Kurauone said.

“They failed to calculate that I have to remit 25% of their payment to the Zimbabwe Revenue Authority as tax.

“So when they added other jobs that we didn’t agree on in the first place; that’s where we encountered a problem.

“As for the Tongaat issue it was blown out of proportion.

“The matter was resolved that’s why the workers involved were not dismissed.

“I will soon be back at Tongaat because it needs me more than I do.”

United Chiredzi Residents and Ratepayers’ Association (UCHIRRA) has since written to Chiredzi town council expressing their displeasure at the tender process.

Part of the letter dated August 13, 2021 signed by the association’s advocacy officer, Constance Chikumbo read: “Some of the contractors, who were hired have a history of corruption and doing shoddy jobs.

“We expect council to tender respectable companies with clean history.

“Lack of trust by residents may result in them dodging to pay their rates. As the representative of the people, UCHIRRA would like transparency, accountability and improved citizen participation to enhance better service delivery.”

Chiredzi town secretary Charles Muchatukwa was not reachable for comment.