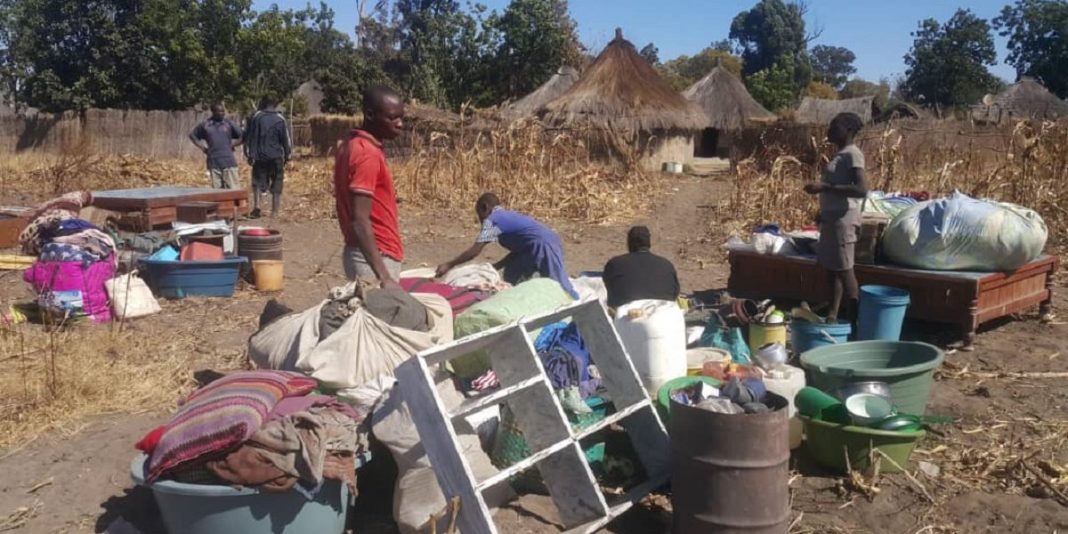 About 200 families that were evicted from a farm on the outskirts of Marondera in June are still living in the open as the government is yet to fulfil its promise to resettle them.

The families, mostly Zanu PF supporters, were kicked out of Maganga Estates, which is owned by Hunyani Timberlands.

They are camped on the outskirts of the farm while waiting for alternative land to settle.

“We are still living at this holding camp waiting for the government to fulfil its promises,” one of the settlers said on condition of anonymity.

“We were told that there are 210 hectares to be shared amongst us.

“Our fear is that we are approaching the rain season with nothing tangible on the ground.

“We engaged the Mashonaland East Provincial Affairs minister Apollonia Munzverengwi and she promised to make sure that we get the alternative land the government promised us.”

An official privy to the developments at Maganga Estates said the government was willing to allocate land to only 46 settlers, who were officially allocated plots at the property.

The evicted farmers occupied the Maganga Estates at the height of the land reform programme despite protests by the legal owners of the land.

Hunyani took the case to the courts and won, but the settlers refused to budge as they enjoyed backing from Zanu PF.

Zanu PF Marondera district secretary for lands Richmond Chikore said the government was yet to approve plans for a new settlement for the evicted villagers.

“The proposed settlement and irrigation models have been submitted to the Ministry of Lands, Agriculture, Climate Change, Water and Fisheries and Rural Settlements headquarters awaiting approval of the layouts,” Chikore said.

President Emmerson Mnangagwa’s government has been evicting people that illegally occupied farms during the land reforming programme that was spearheaded by his predecessor, the late Robert Mugabe.