THE mining sector in Zimbabwe has remained very resilient despite the turbulent waves in the local economy which are characterised by liquidity challenges, economic uncertainty, policy inconsistency, rising inflation and lack of investment. 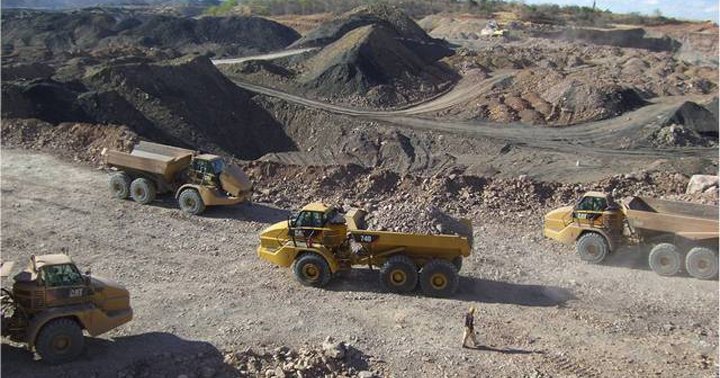 The country’s gross domestic product (GDP) growth rate has been falling from the record high of 12% recorded in 2011 to the 2,9% realised in 2017.
However, the mining sector grew by over 8,5% in 2016 and 2017 as well. Export earnings from mining are set to exceed US$3 billion in 2018, thereby contributing over 70% of the country’s foreign currency.

The Chamber of Mines in Zimbabwe (CoMZ) recently predicted that production from the sector could reach US$11 billion by 2022 and US$18 billion by 2030.
In terms of employment, the sector currently employs over 80 000 workers directly and indirectly in downstream businesses. The sector also houses over 500 000 artisanal and small-scale miners which are the lifeblood of various towns such as Zvishavane, Bindura, Kwekwe, Shurugwi, Gwanda and Kadoma, among others. The sector also feeds heavily into the manufacturing industry where some of the minerals are refined.

It is fair to point out that the Zimbabwean economy has been leaning towards mining in the last 20 years. Even though contribution to overall GDP is merely 13%, the potential for growth in the sector is immense. There are a host of minerals that are not being fully exploited such as nickel, lithium, chrome, coal-bed methane, iron, copper and coal.

Zimbabwe has a highly diversified mineral resource base of over 60 exploitable minerals dominated by two prominent geological features, namely the Great Dyke and the ancient Greenstone Belts. The Great Dyke is host to the world’s largest high-grade chrome base. Zimbabwe has the world’s second-largest resource of platinum group of metals (PGMs) as well as billions of dollars’ worth of reserves in copper, lithium and nickel.

Investment in the mining industry has been constrained by many factors, chief among them the 2008 Indigenisation and Economic Empowerment Act (Amended in 2018), falling commodity prices on the world market and high levels of taxation in the sector. Beneficiation and value addition of minerals before exporting is one of the key pillars of accelerating economic development in Zimbabwe. The major challenge to value addition has been the lack of incentives to lure potential investors into it and incentives that can encourage miners to add value to their produce locally.

South Africa has been playing Zimbabwe’s value addition role in the last 20 years as its own mines are maturing and becoming too deep to be mined economically.

South Africa was proactive in the development of its own mining industry and focussed on policies to beneficiate minerals from its own mines and their regional peers in Sadc such as Zimbabwe. South Africa’s strengths now include an extremely high level of technical and manufacturing expertise and comprehensive research and development activities. The country also boasts world-class primary processing facilities for gold, platinum, diamond, carbon steel, stainless steel and aluminium.

The mining industry has substantial multiplier effects on the rest of the Zimbabwean economy, but it could contribute more than double to the development of other enterprises if the minerals are beneficiated locally. The flag bearers in beneficiation have been the three platinum miners which are Unki Mine, Mimosa Mine and Zimplats. However, value addition should be extended to all minerals by suspending duty on processing equipment for current miners, tax holidays on mining royalties and value-added tax (VAT), suspending renewal licences, reducing licence fees and increasing foreign currency export proceeds to 100% for all miners that commit to investing in beneficiation. It is apparent that such policies can only be implemented if the government forgoes tax revenues from mining in the short term and takes a long-term view to economic development.

Through beneficiation, the country would cushion itself from vulnerabilities associated with any decline in world commodity prices that can affect the current major export earners such as platinum, gold, nickel and chrome.

Commodity price crashes have in recent years left various African countries such as Angola, Nigeria, Zambia, Ghana, Sierra Leone, Libya, Sudan and others with massive debts. This can happen to the Zimbabwean economy if tax revenues are affected by commodity price fluctuations on the world market.

Beneficiation brings massive benefits to the country such as employment creation for all enterprises in the mining value chain and growth in minerals export value which translates to increased tax returns. Secondary benefits such as increase in domestic demand for goods and services and infrastructure development in mining towns can go without saying.

Bhoroma is a business and economic analyst with expertise in business management aspects. He is a marketer by profession and holds an MBA from the University of Zimbabwe. For feedback, email him on: vbhoroma@gmail.com or Skype: victor.bhoroma1.