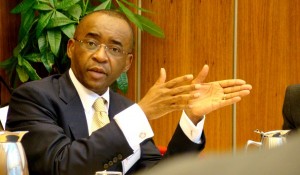 By Paul Nyathi| The writing is definitely on the wall that local Strive Masiyiwa’s new digital television Kwese TV will be taking over local football television rights.

The Premier Soccer League resolved not to renew the broadcasting deal with SuperSport International after a five year deal which ends this December.

The decision was made during a board meeting held on Friday.

PSL announced the development in a statement:

“Following the completion of the 2017 season, the Premier Soccer League (PSL) and SuperSport International (Pty) Ltd have mutually agreed to end the partnership entered into by both parties in 2012.

“The five year relationship has been mutually beneficial to the two organisations,” said the PSL statement.

The top flight football administrating body said that it will be opening up for other players to submit tenders to take over the television rights.

“We trust there will be opportunities to re-engage in future.
Meanwhile, we would like to advise our stakeholders that we will be inviting tenders for the PSL media rights,” said the PSL.

Kwese TV which is slowly becoming Multi – Choice’s biggest rival in Africa is definitely set to tender for the rights and scoop them.