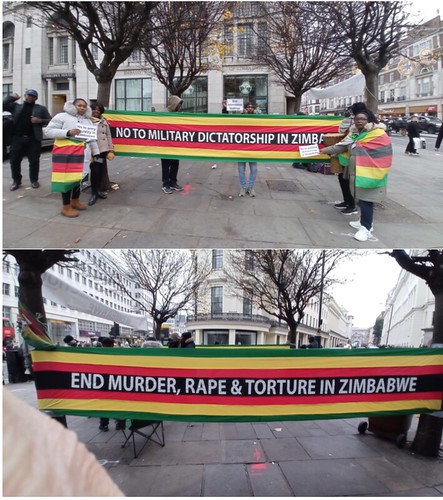 Coming up for Christmas, Zimbabwe is facing a serious electricity shortage because of low water levels at Kariba.Energy Minister  Zhemu Soda spoke of a crisis and said he was looking for assistance from Zimbabwe’s neighbours (see: https://www.newsday.co.zw/local-news/article/200004481/no-funding-for-power-imports-minister).

It is an unfortunate Christmas present because the neighbours are also stricken – not least South Africa which anyway has a low opinion of Zimbabwe and its perpetual problems. A close ally of President Ramaphosa, James Motlatsi, has warned him not to resign because of his present troubles ‘or he will risk South Africa turning into another Zimbabwe, run by criminals!’ (See: https://www.zimeye.net/2022/12/03/ramaphosa-refuses-to-resign-saying-itll-turn-sa-into-a-zimbabwe/.)

Ramaphosa is facing possible impeachment over his handling of an alleged theft of cash from his farm. The problem is that many of his possible successors are involved in damaging scandals of their own (see: http://www.zimvigil.co.uk/vigil-news/campaign-news/1257-the-cat-ready-to-pounce-on-south-african-presidency-as-ramaphosa-teeters).

It’s a great disappointment to see the party of Nelson Mandela being drowned in allegations of corruption. Not that things are better in Zimbabwe, where the chair of the Anti-Corruption Commission, Justice Loyce Matanda-Moyo, has called for united efforts by enforcement agencies to beat back corruption.

Addressing a national anti-corruption committee in Harare, she says it was disheartening to know that court officials who should get rid of corrupt activities were the ones spearheading corruption. ‘Let me say that I was very disappointed by the results from a survey which was done by Transparency International of Zimbabwe which showed that our court officials are now very corrupt,’ she said (see: https://bulawayo24.com/index-id-news-sc-local-byo-225928.html).

For its part, the Residents Association Coalition for Electoral Reforms (RACER) says next year’s general elections could be compromised by civil servants’ declaration of allegiance to President Mnangagwa. RACER spokesperson Marvelous Khumalo asked how civil servants could be impartial when they have declared their support for the President (see: https://www.newsday.co.zw/local-news/article/200004404/civil-servants-compromising-credibility-of-2023-polls).