The second match of the Test series between Pakistan and South Africa is underway during the intense SOP in the second wave of Coronavirus. The South African team seems to be fully satisfied with the arrangements made by the PCB, which has gained experience hosting Zimbabwe. 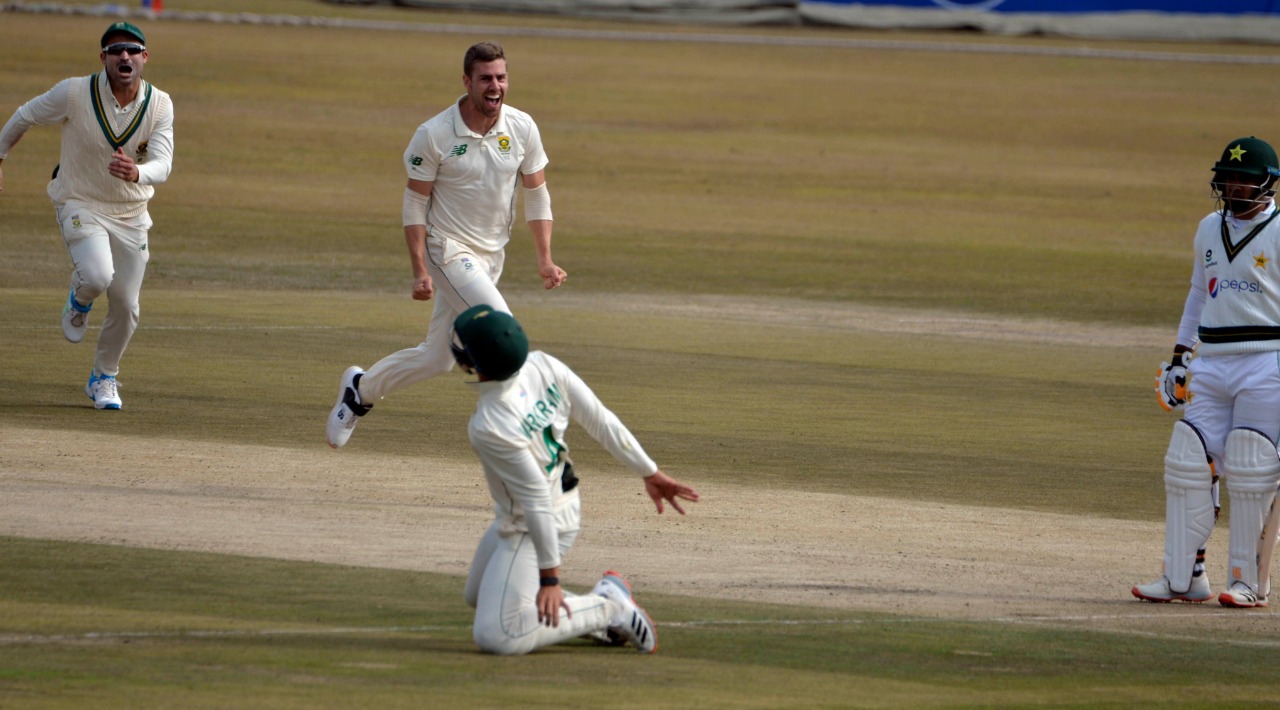 Hosts Pakistan had a disappointing start in the Rawalpindi Test. Pakistan, who won the toss and batted, reached 21 without loss before throwing away three wickets for one run in the space of 23 balls.
Pakistani opener Emad Butt scored 15 runs and got out on the ball of Maharaj. Later on, senior batsman Azhar Ali LBW by Maharaj and third one Abid Ali back to pavilion without a run.
Azam looked in better touch after managing just seven and 30 in the first Test, having so far hit 12 boundaries with total 77 runs, before rain started at Rawalpindi cricket stadium.
The Pakistan captain has played two Test innings in Rawalpindi prior to this match, and both times he scored a hundred. The signs are there that he could make it three out of three.
Fawad Alam, who scored a fighting hundred in Karachi, was sedated and cautious against visiting side in Rawalpindi test.Proteas is playing a Test match at the Pindi Cricket Stadium after 24 years. Pakistan leads the two-match series 1-0 after winning the first Test in Karachi by seven wickets.—Wasim Qadri, Islamabad based Senior Sports Journalist and Television Show host, can follow on twitter at @jaranwaliya