AN outbreak of blackleg disease has hit Silobela, with cattle farmers in the area suspecting that it could have been triggered by wet conditions caused by incessant rains in the country. 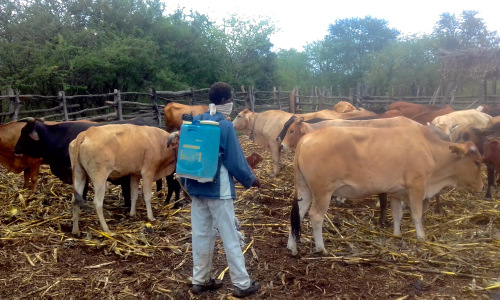 Silobela district veterinary officer Marvis Namarare confirmed that the disease had affected the whole district due to the rains.

“Farmers must team up and buy the vaccine to control the disease, it is a winter disease that thrives in humid conditions and must be controlled before the outbreak spreads,” Namarare said.

He said farmers were now unable to buy vaccines to contain the outbreak due to the economic hardships affecting the country, which have been worsened by the COVID-19-induced lockdown.

“Our cattle have started succumbing to the blackleg disease in large numbers. Farmers do not have money to buy the vaccine as it is supposed to be bought only in large quantities,” Moyo said.

“This is a challenge because their children in the diaspora, who used to support them, are also on lockdown.’

He said they were facing transport challenges to travel to Kwekwe to buy important items such as vaccines due to lack of clearance letters from the police.

“Silobela Police Station is about 40km away, and there is a roadblock before you get to the police station,” he said.

“The police at the roadblock will demand a clearance letter, and yet it is difficult to get to the police station.”

Moyo said due to such challenges, farmers in Silobela had resorted to traditional methods of pouring hot water on the affected cattle in a bid to cure the disease.