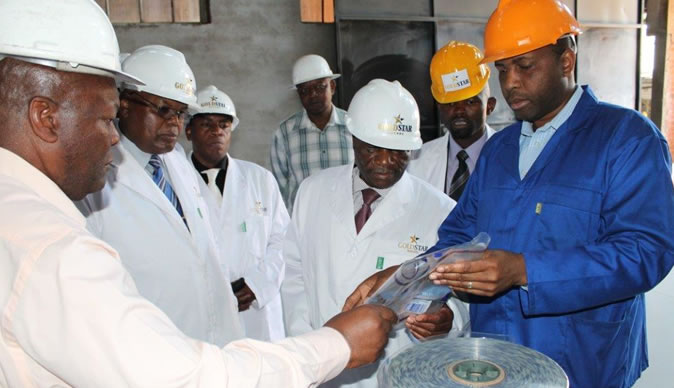 BY SHAME MAKOSHORI
GOLD Star Sugar staged a furious comeback during the half-year ended September 30, 2021, rebounding from a COVID-19-induced factory shutdown and a fire incident to lift sales by 46%, according to a report by its parent company, starafricacorporation Limited.

The firm, which is reaping rewards of substantial capital outlays into its refining capacity, lifted output to 39 294 tonnes during the review period, from 26 959 tonnes in 2020, demonstrating its ability to navigate through headwinds.

But recovery was also helped by consumers who trooped back to supermarkets after government relaxed lockdown restrictions to save a faltering economy.

For a firm that has painfully charted a fresh trajectory in the aftermath of a frustrating decade highlighted by high gearing, which ended with a near catastrophe, steep sugar demand could be the catalyst starafrica required to quicken its recovery.

But chairperson Rungamo Mbire said so sweet was the white sugar rebound that a decision was made to halt exports to satisfy Zimbabwean demand.

This is a story that has been shared by big firms including Ariston Holdings and Varun Beverages, which plans to set up a new plant in Harare to resume exports.

“This 46% improvement in sales was possible due to the demand for white refined sugar on the market, which remains high.

“However, unlike in the prior comparative period, no export sales were recorded in the period under review as all production was absorbed in the domestic market with demand still heavily outstripping supply,” he said.

Exporting has turned into nightmare since supply chains were disrupted by the pandemic two years ago.

Across the global market, firms have raised the red flag over high shipment costs, which have surged to about US$24 000 per container, compared to about US$4 000 before the pandemic.

Ships have found themselves stuck at major harbours as the health scare forced countries to tread carefully, triggering high storage costs for exporters.

starafrica’s inflation adjusted turnover advanced by 38% during the review period to $3,92 billion, from $2,84 billion in 2020.

The improvement in turnover was a recovery from depressed performance in 2020, mostly caused by a three-week Harare refinery shutdown because of a COVID-19 incident.

“The rehabilitation of the raw sugar warehouse, which was razed down by a fire last year, is well underway and expected to be completed by end of March 2022.

“Once completed, the structure will be able to house 15 000 tonnes of raw sugar which will assist in supporting efforts to increase productivity through stable inlet of the primary raw material into production.

“The plant continued to be certified by The Coca Cola Company (TCCC) as well as Food Safety Certification under the FSSC 22000 series.

“This enables the group to supply products to TCCC franchisees in the Southern Africa region and beyond,” Mbire said.