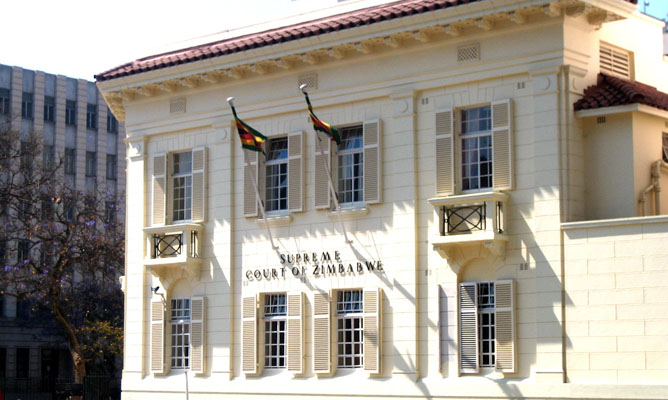 LEGAL think-tank Veritas says the recent appointment of Supreme Court judges using the recently enacted Constitution of Zimbabwe Amendment (No 2) Act could be voided if current court challenges on the legality of the constitutional amendments are upheld.

“If the Constitutional Court grants this application, the six Supreme Court appointments will fall away as unconstitutional. The JSC [Judicial Service Commission] had not taken any of the preliminary steps necessary under section 180(4) of the Constitution in relation to the six vacancies, including that caused by the removal of Justice (Francis) Bere.

“The significance of this is that the President must have relied on his new power under section 180(4a) of the Constitution as amended by the Constitution of Zimbabwe Amendment (No 2) Act, 2021, only gazetted into law on May 7, 2021.”

Critics have accused Mnangagwa of deliberately delaying the appointment of Constitutional Court judges in order for him to wait for the enactment of the Constitution of Zimbabwe Amendment (No 2) Act, which gave him power to handpick his preferred candidates.

“Even if the Act itself survives this legal onslaught, section 180(4a) on its own is vulnerable to attack because it did not form part of the original Bill when it was first published in the Gazette, but was added to the Bill unconstitutionally during its passage through Parliament,” Veritas said.