HARARE – Listed mining company RioZim has won a Supreme Court battle with Zimbabwe’s military after one of its mines was forcibly taken over through a ministerial decree. 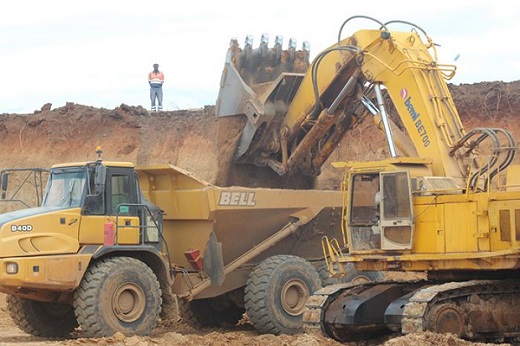 Defence minister Oppah Muchinguri-Kashiri declared a portion of the company’s chrome mining concessions in the Darwendale area a military zone in 2018, before the military handed over the land to Falcon Resources, a company controlled by two former Pakistani military officers.

Muchinguri-Kashiri and her mines counterpart Winston Chitando, represented by Advocate Lewis Uriri, had won at the High Court, but the Supreme Court reversed Justice Happias Zhou’s judgement on appeal Monday.

In an extempore judgement, Chief Justice Luke Malaba sitting with Justices George Chiweshe and Tendai Uchena ruled: “The unanimous view of the court is that the judgment of the High Court is clearly wrong. Accordingly, the appeal succeeds and the judgement is set aside with costs and in its place substituted the following:

“The provisional order is confirmed.”

RioZim’s lawyer Advocate Thabani Mpofu said: “The dispute pertains to RioZim’s chrome claims situated in Darwendale. The military had cantoned the area and given it to Falcon Resources which has been aggressively mining chrome there.”

RioZim, an integrated mining company with diverse operations in gold base, metals, diamonds, coal and chrome, fought the takeover of its concessions accusing the military of asset grabbing.

Patrick Takaedza, the RioZim chief geologist said in his founding affidavit that the takeover of their mine through a decree was irrational and unlawful.

Takaedza said RioZim was a holder of 260 mining claims in the Darwendale area in Mashonaland West province where it operates Can and Motor Gold Mine and Empress Nickel Refinery.

Falcon Resources wrote to RioZim in February 2018 asking for a tribute of chrome ore claims, but RioZim did not respond. In May 2018, Takaedza said it was reported that mining operations were in progress on the said claims and it was discovered that Falcon Resources and Rusununguko Nkululeko (Pvt) Ltd were on the site.

Court papers revealed that on August 2018, Muchinguri-Kashiri, acting in terms of Section 89 of the Defence Act Chapter 11:02, published Defence (Cantonments) Notice 2018 (No.51) decreeing that RioZim’s mining interests on Darwendale South Eclipse, New Burnside, and Darwendale B Farms were now a cantonment area, it was argued in order to benefit Falcon Resources and Rusununguko Nkululeko.

RioZim found out that Falcon Resources had two directors who were the sole shareholders, Mohammed Tariq Aziz, a Pakistani national, and Aneeqa Zubair, a Dutch national, of 8 Boeing Road, Ridgeview, in Harare. Both men are believed to be former Pakistani military officers who were attached to or seconded to the Zimbabwe Defence Forces (ZDF) between 1980 and 2000.

RioZim, in court papers, said it understood that Moyo and Malate were however nominees of the recently formed Defence Economic Development Directorate, an arm through which the Zimbabwe Defence Forces effectively control Rusunguko Nkululeko’s operations and carries out business activities.

The court heard that several meetings had been held with the two companies, where Rusunguko Nkululeko was represented by Lieutenant Colonel Tafirei Masuma, described as the company’s mining manager.

RioZim asked the court for a review Muchinguri’s decree which it said was unlawful, and sought an order setting aside the declaration of the cantonment area that has directly benefited Falcon Resources and Rusunguko Nkululeko.

Newer Post
Correction of Media Misinformation about Re-registration of Companies
Older Post
JUST IN: Prices for medical drugs to come down