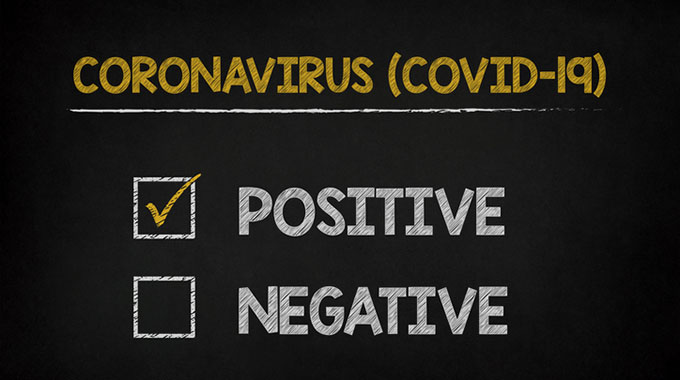 Grim Covid-19 statistics in the past few days have cast a dark shadow over Zimbabwe, raising concerns over the country’s ability to beat back the vicious attack by the virus.

This past week only, the Health ministry recorded over 10 000 new cases and 206 deaths.

Zimbabwe’s vaccination programme, which is only picking up now, albeit in the absence of adequate vaccine supplies, has been marred by misinformation, conspiracy theories and lack of clarity by government.

The slow uptake of vaccines was largely due to unavailability of correct information.

Many people, including even health workers, relied on social media platforms for information.

Achieving herd immunity remains key to subduing the disease and government has pledged to vaccinate between eight and 10 million by year end.

Long winding queues became a common feature at many health centres in the country where vaccination was taking place as many people, jolted by the frightening infection figures, sought to be vaccinated.

Many were, however, turned away because the demand for the jabs far outstripped the available doses.

The vaccination programme has been marred by claims of corruption with reports that health officials were now demanding between US$10 and US$15 kickbacks for people to jump the queues.

Threats by government to withhold allowances for civil servants not inoculated by July 14 as well as the plan to bar unvaccinated vendors from public places have further increased demand for the vaccines.

The panic has sparked scenes of near riots at many centres across the country, including Warren Park Poly Clinic where there were reports of chaos and riotous scenes.

There were reports of people having spent two nights in queues to get the jab.

The country received another consignment of two million doses last Thursday, but health experts said the vaccines would not meet the demand.

Calls were last week getting louder for authorities to increase the number of vaccination centres to stamp out chaos and corruption.

“We have seen that the uptake of vaccination is now fast. We have since increased vaccinations centres across the country,” Mangwiro said.

“We have put vaccination centres in universities and colleges and several places around the country.

“We have also encouraged the set-up of additional vaccination centres because we have seen that the uptake of the vaccines is fast.”

Community Working Group on Health  executive director Itai Rusike said there was urgent need to increase vaccination centres to ensure continued supply of vaccines in the country as the available vaccines were not matching the high demand.

“After the wider vaccination of the population we expect both daily incidence and mortality to continue decreasing, but those fully vaccinated are encouraged to continue observing the World Health Organisation-recommended guidelines;” Rusike said.

Chitungwiza Progressive Residents Association secretary-general Gift Kurupati said the only solution was to make the vaccines available and accessible to curb corruption.

“So far, the vaccine centres are not enough considering our population. The percentage is still very low. They must have a mobile system,” Kurupati said.

“We want to see cameras in all vaccine centres and to have a biometric system to record all the vaccinated people, a tracking system to find out what happened during the vaccination and to see if there are any complications.”

As it stands, it is not known which variants are currently circulating in Zimbabwe.

While efforts have been made to acquire some vaccines, availability is still a drop in the ocean. Zimbabwe, like most African countries, has also suffered as a result of a lack of equitable vaccine distribution.

Masiyiwa, who is a special envoy for the African Union to secure Covid-19 vaccines, candidly said in terms of fair access to vaccines, Africa was being short-changed.