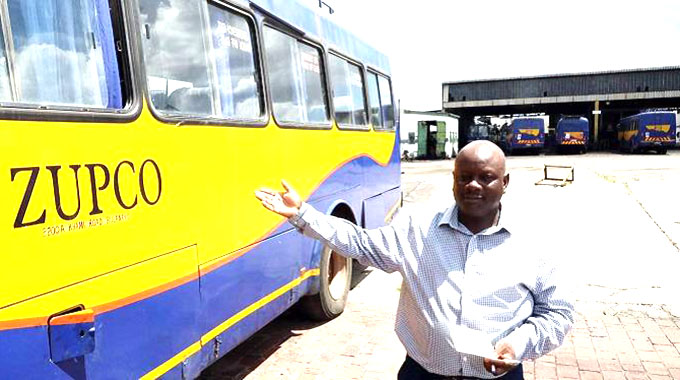 Cross-border buses that had been playing cat-and-mouse with the police as they smuggled travellers into and back from South Africa have disappeared from the highways following the recent ban on inter-city travel by President Emmerson Mnangagwa.

The ban was part of new regulations that the government adopted to curb the spike in the Covid-19 caseload.

Early this year, government put together Statutory Instrument (SI) 87A of 2021, which banned the movement of non-essential service providers to avoid the spread of Covid-19.

However, in May this year, The Standard, in conjunction with Information for Development Trust, a non-profit organisation that supports journalists to investigate stories on public sector corruption and bad governance, revealed that long-distance bus operators were bribing authorities to defy the regulations.

The buses continued to travel during curfew hours and ferried non-essential service providers, mainly informal traders, through the Beitbridge border post, in defiance of the regulations.

A follow-up investigation discovered that the Zimbabwe Republic Police (ZRP) launched a crackdown on the bus operators and its own officers conniving with bus crews after the publication of the story.

Assistant Commissioner Paul Nyathi, the national police spokesperson, confirmed the development in an interview with this publication and said several buses had since been impounded.

“Just recently, the police impounded over 10 buses throughout the country for violating Covid-19 regulations through cross-border movement,” Nyathi said.

He revealed that a number of measures had been put in place to round up the errant bus operators.

“The Zimbabwe Republic Police has intensified patrols, stop-and-searches, roadblocks and blitzes in an endeavour to ensure that culprits are brought to book,”Nyathi said.

“We are also engaging bus operators and passengers through awareness campaigns to abide by the Covid-19 regulations and adhere to the restrictions imposed by the government.”

He added that the measures were not being selectively applied.

“Without fear or favour and not looking at who owns the transport fleet, we are making arrests and impounds on violators of Covid-19,” Nyathi said.

At the Beitbridge border post, where investigations revealed that immigration department officials were receiving bribes from bus operators to let them cross into South Africa, Nyathi said a specific operation had been launched to deal with the corruption.

He said the operation had been spread to other borders as well with over 30 000 people arrested so far.

“Besides the patrols, raids and arrests being made, the team is also conducting awareness campaigns to conscientise the public on the need to be compliant with the country’s custom and excise regulations.”

Prior investigations revealed that the buses loaded the passengers travelling to South Africa under the watch of police officers at High Glen and Roadport terminuses in Harare.

Along the way, there were normally 15 roadblocks, but the buses would still pass through during curfew hours amid revelations by the bus operators that they bribed the officers.

Nyathi revealed that the ZRP was now investigating its own officers involved in the corruption.

“Investigations are currently underway and we cannot pre-empt our work before we finalise the process for fear of jeopardising the investigations,” he said.

“As soon as they are complete, we will furnish you with the details.”

In a survey carried out at Roadport bus terminus in Harare, touts said the police had become very strict on the highways and at Beitbridge border post and so some bus operators had withdrawn plying the route.

“We still have a few buses that are going to South Africa, but most of the operators have withdrawn.

“The police are threatening to arrest the owners of the buses themselves so that is what has brought fear on them,” said one of the touts.

On the day, there were fewer buses inside the terminus as compared to May when an investigation was carried out.

None were openly loading passengers to Beitbridge or having touts soliciting for travellers to South Africa.

The buses, which were inside the terminus were loading passengers to local destinations such as Mutare, Masvingo, Gweru and Rusape.

Despite the police crackdown, buses continued to flout the law by carrying travellers into South Africa.

However, when the latest lockdown regulations came into effect on June 29, 2021 and intercity travel except for essential services was banned, the buses discontinued their operations.

During visits to the hotspots in Harare — Roadport, Mbudzi and High Glen shopping centre — touts revealed that the buses had pulled off the roads.

“There are no more buses travelling to South Africa. They (operators) are afraid of immediate arrest once they are found to be breaking the law by travelling all the way to Beitbridge. The police came around warning them immediately after the new regulations were announced,” said a tout at Mbudzi, who identified himself as Peter.

At Roadport, another tout who refused to be named said: “The police officers who were taking bribes to allow the buses through are also afraid that they will be asked to explain how they let the buses pass through the roadblocks.”