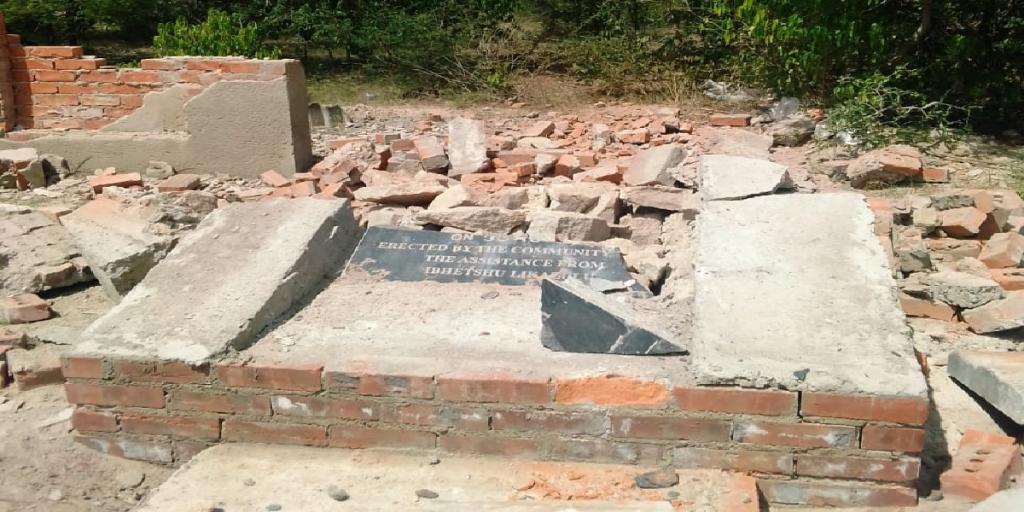 The plaques, aimed at remembering the victims, were erected by pressure group, Ibetshu Likazulu.

Fuzwayo said he received calls from local villagers on Tuesday informing him of the incident. Fuzwayo told NewZimbabwe.com:

As I speak right now, I am in Bhalagwe. Unknown people used explosives to bomb the plaques. We have already made a formal report to the police.

There has been concern over theft and vandalism of Gukurahundi memorial plaques.

Suspected state security agents have been accused of stealing Gukurahundi memorial plaques erected by Ibetshu Likazulu in Silobela and Bhalagwe in memory of thousands of people who were killed during the atrocities.

The plaques were erected in memory of thousands of people killed by the North Korean trained Fifth Brigade in the Midlands and Matebeleland provinces just after independence.

Commenting on the development, oppopsition MDC Allince said the continued destruction of Gukururahundi plagues and cites is a cause for concern. Added the party:

The regime in Harare cannot treat people in this manner and expect continued silence. The past must be resolved.

Our programme will be based on: i. Victim-centred approach, and ii. Comprehensive, inclusive, consultative participation of all stakeholders, particularly survivors and victims.

We emphasize the duty of the State to apologise for all atrocities. We further call for truth telling and justice, compensation and reparations in the spirit of national healing and reconciliation.

The party added that its programme will be based on the Victim-centred approach, and will be comprehensive, inclusive, adding that there shall be consultative participation of all stakeholders, particularly survivors and victims.