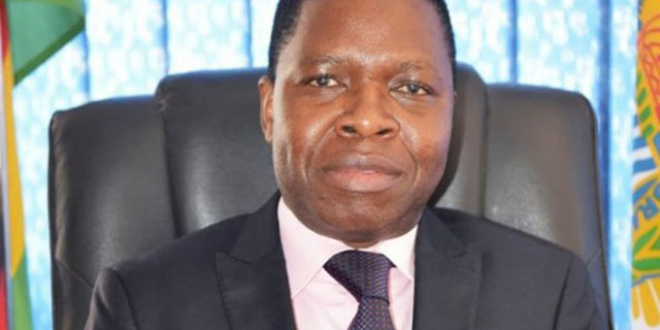 SUSPENDED Registrar-General Clement Masango wants the Zimbabwe Anti-Corruption Commission (Zacc) chairperson Loice Matanda-Moyo to be investigated for criminal abuse of office, alleging that she showed undue favour to a witness in his case which is before the courts.

In his letter dated March 4, addressed to the Police Anti-Corruption Unit (Pacu) and copied to the Special Anti-Corruption Unit (Sacu) in the President’s Office, Masango alleged that Matanda-Moyo and the chief investigations officer in his criminal matter, Eric Chacha, exhibited unprofessionalism in his case which is before the courts.

He alleged that Chacha attempted to influence the witness, whom he claims has a vendetta against him, to give a negative report about him.

Masango recently appeared before a Harare magistrate on charges of criminal abuse of duty as a public officer after he allegedly procured six vehicles for the Civil Registry Department without following due tender processes.

He was arrested by Zacc following a tip-off from Peter Bwanya, the then chief accountant in the Civil Registry Department, whom he alleged was deliberately misrepresenting facts for the purposes of diverting the authorities’ attention from the disciplinary action that was pending against him.

“For the foregoing reasons, I submit that both the chairperson of Zacc and Eric Chacha criminally abused their duty as public officers in showing undue favour to Peter Bwanya to my detriment within the contemplation of section 174 of the Criminal Law (Codification and Reform) Act and with that, I would like to lodge an official complaint against them with your office,” Masango wrote to Pacu.

“By copy of this letter, I also formally submit this complaint to the head of the Special Anti-Corruption Unit in the Office of the President and Cabinet.”

Masango claimed that his employer had not yet raised any complaints of criminal abuse of duty against him and there had not been any audit to prove the criminal allegations levelled against him.

“Having looked at the documentary evidence placed before the magistrates court against me and listened to the testimony of the attesting witnesses, I am convinced that both the investigation and the subsequent criminal charges against me are clearly a culmination of gross abuse of duty by the chairperson of Zacc as well as by Eric Chacha, the investigating officer in the matter,” Masango stated in the letter.

He also wants Chacha to be investigated for perjury after he allegedly lied under oath in court that the vehicles he used for personal errands had been recovered at his farm, allegations which he denies.

To clear his name on the charges levelled against him, Masango said he requested a forensic audit from Home Affairs and Cultural Heritage ministry secretary Aaron Nhepera, but no audit was done.

He also wrote a letter of complaint to Matanda-Moyo against Chacha, who he alleged had used violence on his arrest and violated his constitutional rights by denying him a lawyer, but he did not receive any response.

Masango also alleged that Chacha threatened to arrest two other workers at the Civil Registry Department Benjamin Makiwa and Arthur Mathews, forcing them to corroborate Bwanya’s allegations against him.

When they refused to comply, he allegedly proceeded to arrest and charge them with theft of fuel.